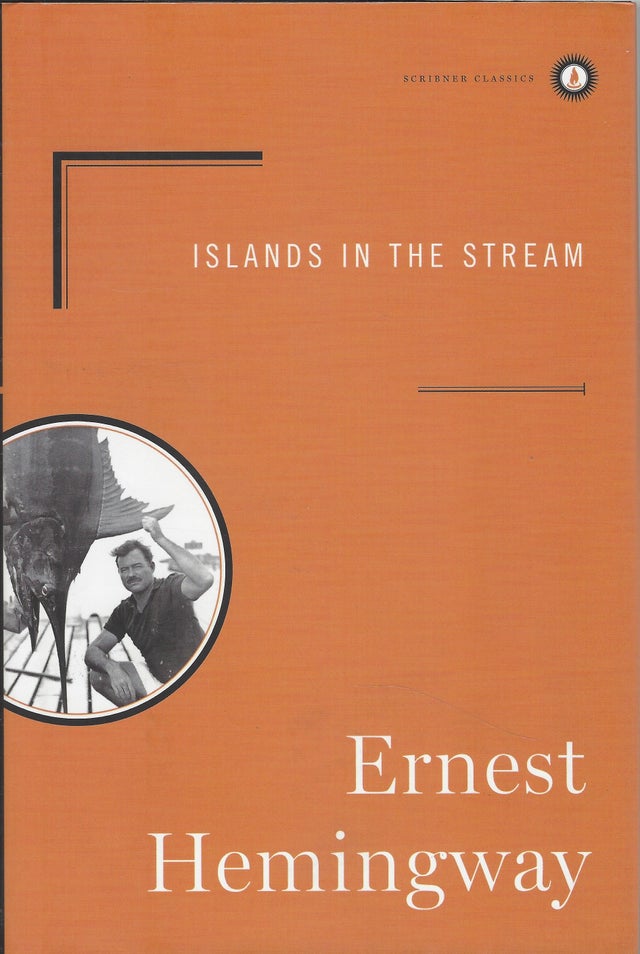 Islands in the Stream (Scribner Classics) by Ernest Hemingway

Islands in the Stream (Scribner Classics) by Ernest Hemingway

First published in 1970, nine years after Ernest Hemingway's death, Islands in the Stream is the story of an artist and adventurer -- a man much like Hemingway himself. Rich with the uncanny sense of life and action characteristic of his writing -- from his earliest stories (In Our Time) to his last novella (The Old Man and the Sea) -- this compelling novel contains both the warmth of recollection that inspired A Moveable Feast and a rare glimpse of Hemingway's rich and relaxed sense of humor, which enlivens scene after scene.

Beginning in the 1930s, Islands in the Stream follows the fortunes of Thomas Hudson from his experiences as a painter on the Gulf Stream island of Bimini, where his loneliness is broken by the vacation visit of his three young sons, to his antisubmarine activities off the coast of Cuba during World War II. The greater part of the story takes place in a Havana bar, where a wildly diverse cast of characters -- including an aging prostitute who stands out as one of Hemingway's most vivid creations -- engages in incomparably rich dialogue. A brilliant portrait of the inner life of a complex and endlessly intriguing man, Islands in the Stream is Hemingway at his mature best.