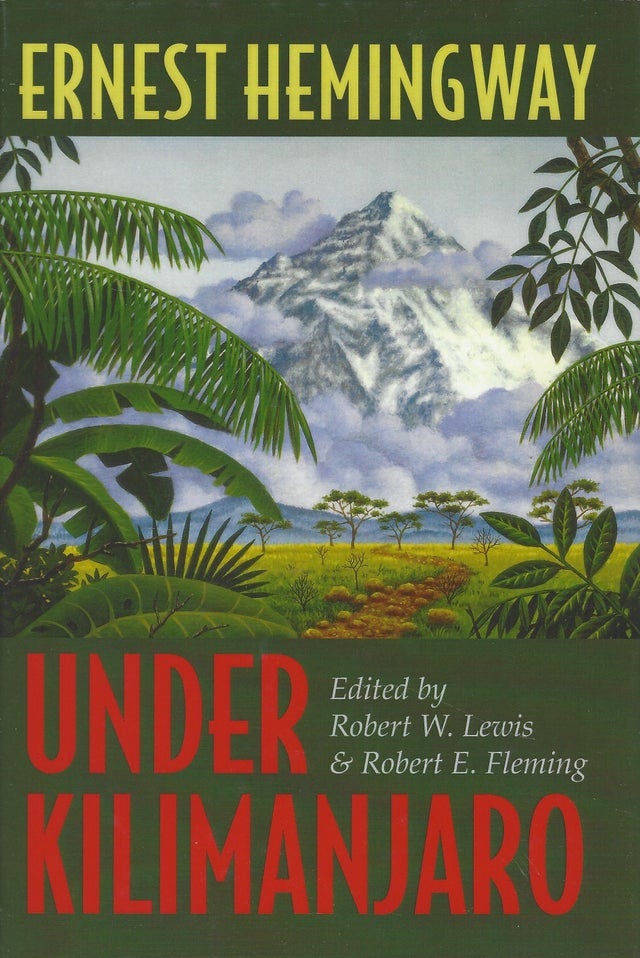 Accompanied by his fourth wife, Mary, Ernest Hemingway spent several months in late 1953 and early 1954 on his final safari in Kenya. Their time there came to an abrupt end in early January 1954 when they sustained serious injuries from two near-fatal plane crashes in east Africa. While recovering, and back home in Havana, Hemingway wrote his "African book," which is, by turns, an adventuresome, comedic, and thoughtful recounting of his final safari. In Under Kilimanjaro "Papa" colors real people and events with his lively imagination as he demonstrates his inimitable style, his deft wit, and his intelligent curiosity in this autobiographical novel about the land and people he came to love.

Completed in 1956, "the African book," as he informally referred to this manuscript in his letters, was part handwritten and part typed, with many of the pages heavily edited in Hemingway's hand. He then left this manuscript, along with those for A Moveable Feast, Islands in the Stream, and The Garden of Eden, in a safe-deposit box in Cuba, often referring to them as his "life insurance" for his heirs.

Under Kilimanjaro is the last of Hemingway's manuscripts to be published in its entirety. Editors Robert W. Lewis and Robert E. Fleming believe that "this book deserves as complete and faithful a publication as possible without editorial distortion, speculation, or textually unsupported attempts at improvement. Our intent has been to produce a complete reading text of Ernest Hemingway's manuscript... Readers of this remarkable work will experience the mingled pleasure of revisiting the familiar and discovering the new."

To its readers, Under Kilimanjaro reveals a mature, tender, happy, and reflective Hemingway and offers a compelling, deliberately paced, subtle story of a place and time as only Ernest Hemingway could write it.