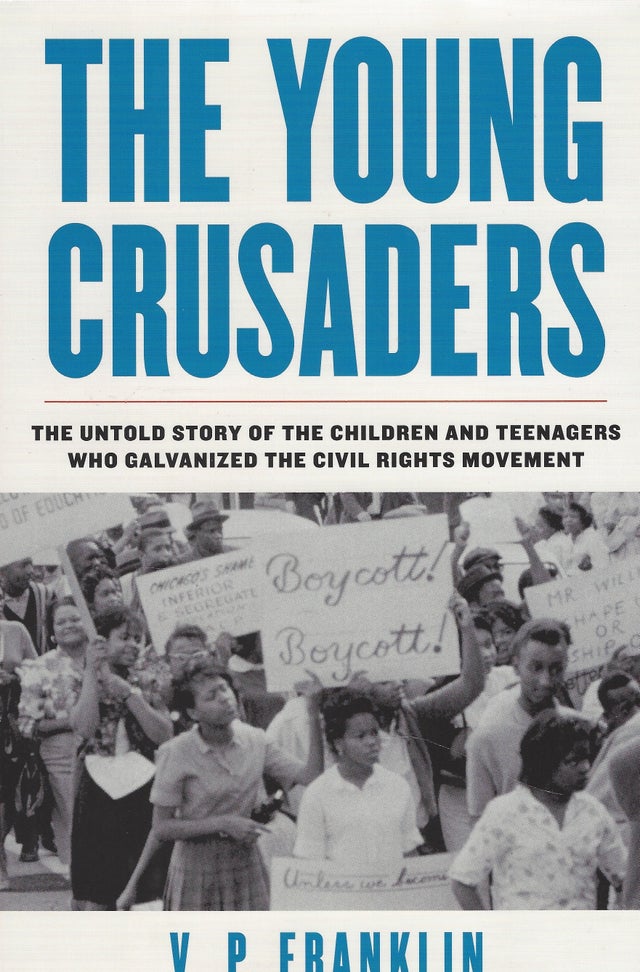 The Young Crusaders: The Untold Story of the Children and Teenagers Who Galvanized the Civil Rights Movement by V.P. Franklin

The Young Crusaders: The Untold Story of the Children and Teenagers Who Galvanized the Civil Rights Movement by V.P. Franklin

Some of the most iconic images of the Civil Rights Movement are those of young people engaged in social activism: the Little Rock Nine being escorted into Central High School in 1957 by soldiers, or children and teenagers being attacked in 1963 by police in Birmingham with dogs and water hoses. While the contributions of Dr. Martin Luther King Jr., the NAACP, and the Student Nonviolent Coordinating Committee have been well chronicled, the crucial roles of children and teens are now placed at the forefront in The Young Crusaders.

V.P. Franklin delivers a thorough reexamination of the efforts of children and teenagers to challenge legal segregation, employment discrimination, educational inequality, and racialized violence beginning in the 1930s. His groundbreaking narrative draws on examples in nearly fifty cities and fifteen states, from Alabama to Wisconsin. Franklin details the student activism behind the successful civil rights campaigns that brought about the end of Jim Crow practices throughout the nation.

For instance, the largest civil rights demonstration in U.S. history was not the famous March on Washington in August 1963 but the system-wide school boycott in New York City on February 3, 1964, when over 360,000 elementary and secondary school students went on strike and thousands attended "freedom schools." Multiracial community groups organized the school boycotts in New York, Chicago, Cleveland, and other cities, and African American, Puerto Rican, and white students participated, calling for the desegregation of public and private education and public accommodations. In addition, children and teenagers mounted their own walkouts, marches, and civil rights demonstrations demanding "Freedom Now."

This account of the courageous actions of these unheralded young people fundamentally transforms how we understand the Civil Rights Movement and serves as a playbook for youth-oriented protest movements such as the Climate Strike, March for Our Lives, and Black Lives Matter, reigniting in the twenty-first century the next wave of social and political activism.