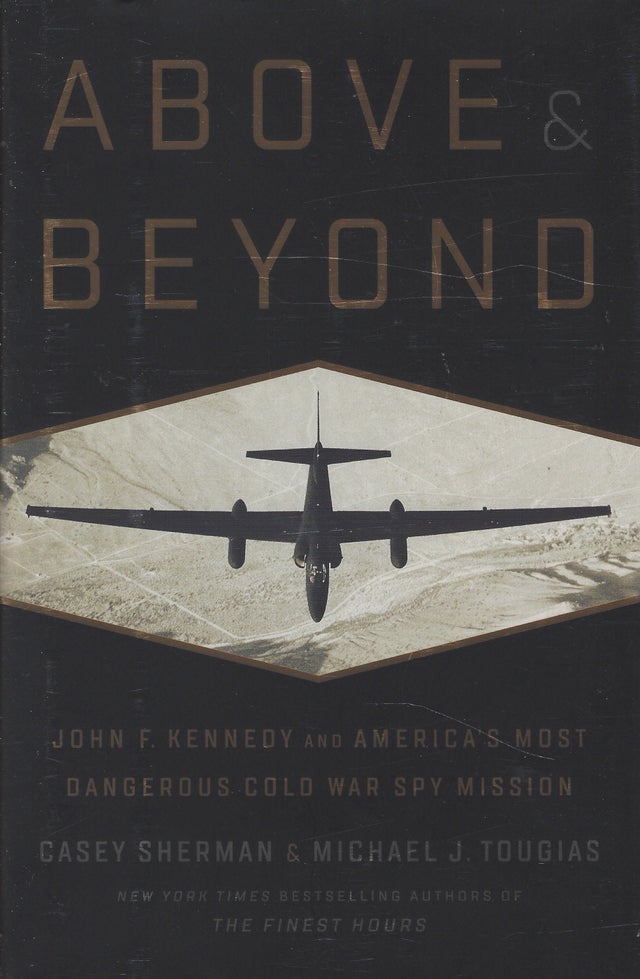 Above & Beyond: John F. Kennedy and America's Most Dangerous Cold War Spy Mission by Casey Sherman and Michael J. Tougias

Above & Beyond: John F. Kennedy and America's Most Dangerous Cold War Spy Mission by Casey Sherman and Michael J. Tougias

During the ominous two weeks of the Cold War's terrifying peak, two things saved humanity: the strategic wisdom of John F. Kennedy and the U-2 aerial spy program.

On October 27, 1862, Kennedy, strained from back pain, sleeplessness, and days of impossible tension, was briefed about a missing spy plane. Its pilot, Chuck Maultsby, was on a surveillance mission over the North Pole, but had become disoriented and steered his plane into Soviet airspace. If detected, its presence there could be considered an act of war.

As the president and his advisers wrestled with this information, more bad news came: another U-2 had gone missing, this one belonging to Rudy Anderson. His mission: to photograph missile sites over Cuba. For the president, any wrong move could turn the Cold War nuclear.

Above and Beyond is the intimate, gripping account of the lives of these three war heroes, brought together on a day that changed history.