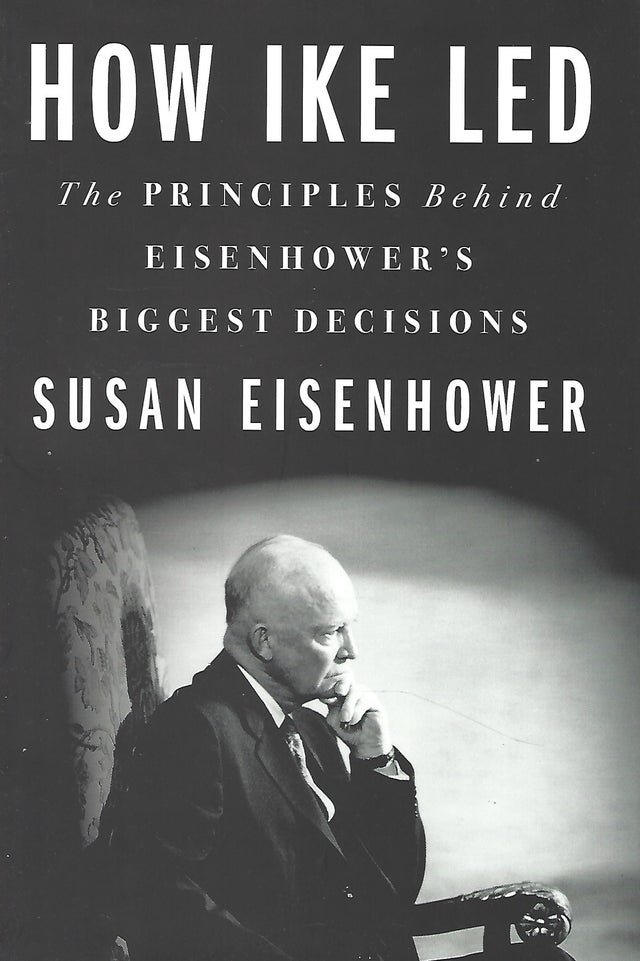 How Ike Led: The Principles Behind Eisenhower's Biggest Decisions by Susan Eisenhower

How Ike Led: The Principles Behind Eisenhower's Biggest Decisions by Susan Eisenhower

Few people have made decisions as momentous as Dwight Eisenhower, nor has one person had to make such a varied range of them. From D-Day to Little Rock, from the Korean War to Cold War crises, from the Red Scare to the Missile Gap controversies, Ike was able to give our country eight years of peace and prosperity by relying on a core set of principles. These were informed by his heritage and upbringing, as well as his strong character and his personal discipline, but he also avoided making himself the center of things. He was a man of judgment and steadying force. He sought national unity by pursuing a course he called the "Middle Way," which tried to make winners on both sides of any issue.

Ike was a strategic, not an operational leader who relied on a rigorous pursuit of the facts for decision-making. His talent for envisioning the whole, especially in the context of the long game, and his ability to see causes and various consequences, explains his success as Allied Commander and as president. After making a decision, he made himself accountable for it, recognizing that personal responsibility is the bedrock of sound principles.

How Ike Led shows us not just what a great American did, but why -- and what we can learn from him today.