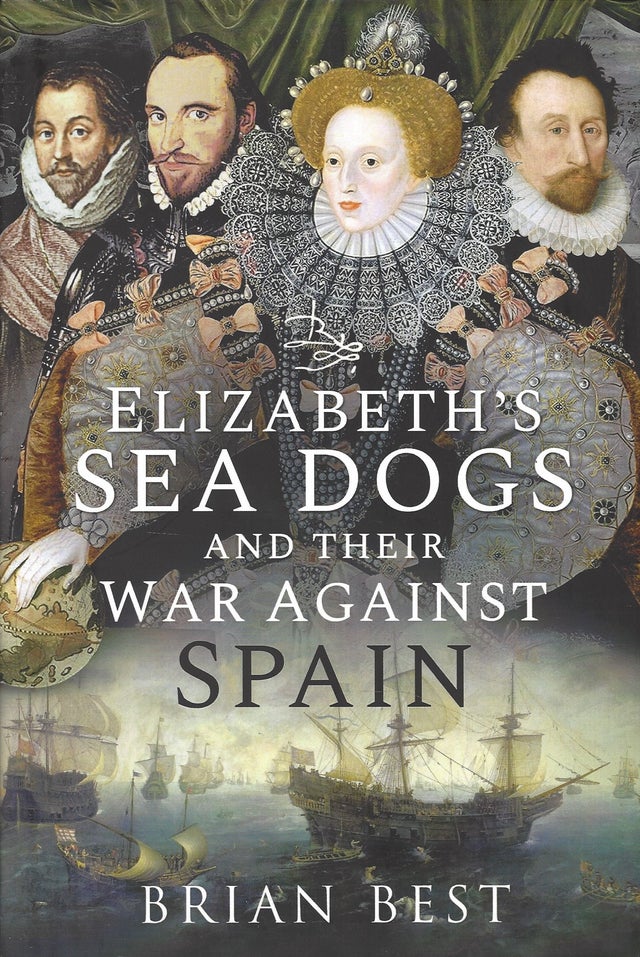 Elizabeth's Sea Dogs and Their War Against Spain by Brian Best

Elizabeth's Sea Dogs and Their War Against Spain by Brian Best

The Sea Dogs were seafaring merchantmen who originally traded mainly with Holland and France. During Queen Elizabeth's reign, however, they began to spread their reach, sailing further and further afield exploring and plundering. The main source of wealth quickly became the Caribbean, which, until then, had been predominantly the domain of wealthy Catholic Spain.

The first man to trade with the Spanish Main was John Hawkins, who traveled to West Africa, captured the natives, and transported them to the Caribbean. There he sold them to plantation owners in exchange for goods such as pearls, hides, and spices. He made three voyages and on the disastrous last he took his cousin, Francis Drake.

The backers, including the Queen, were satisfied with the bounty but encouraged the Sea Dogs to seek greater riches. England at that time was a relatively impoverished country compared with Spain. Elizabeth had inherited a high cost of inflation, poor harvests, and a legacy of poverty from Edward VI and Mary Tudor. This was a time of religious tension with King Philip of Spain, whose marriage to Mary Tudor gave him the right to rule England. The rift between the Catholics and Protestants was cooled somewhat by Elizabeth's keeping the peace between the two countries, despite the continuing campaigns of the privateers crewed by the Sea Dogs.

The main thorn in the Spanish side was Francis Drake. Despite efforts to kill or capture him, he continued to plunder the high seas, bringing back Spanish riches to England. This allowed the Queen to flourish. It was thanks in main to the privateering exploits of the Sea Dogs that England became so wealthy, paving the way for the Renaissance that followed.