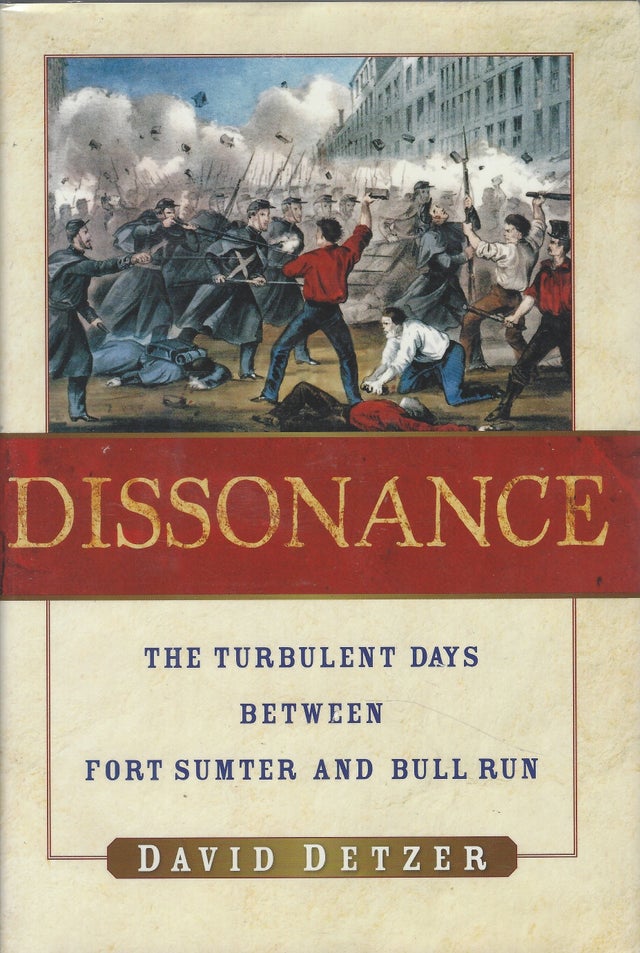 Dissonance: The Turbulent Days Between Fort Sumter and Bull Run by David Detzer

Dissonance: The Turbulent Days Between Fort Sumter and Bull Run by David Detzer

For two weeks in 1861, Washington, D.C., was locked in a state of panic. Would the newly formed Confederate States of America launch its first attack on the Union by capturing the nation's capital? Would Lincoln's Union fall before it had a chance to fight?

Wedged between Virginia and Maryland -- two states bordering on secession -- Washington was isolated; its communications lines were cut, its rail lines blocked. Newly recruited volunteers were too few and were unable to enter the city. A recently inaugurated Lincoln struggled to form a plan -- defense or attack? Intelligence rumors and incendiary headlines revealed Norfolk and Harpers Ferry fallen to rebels, and the notorious "mobtown" Baltimore ignited by riots.

David Detzer pulls the drama from this pivotal moment in American history straight from the pages of diaries, letters, and newspapers. With an eye for detail and an ear for the voices of average citizens, he beautifully captures the tense, miasmic atmosphere of these first chaotic days of war.

FROM MY PERSONAL LIBRARY, THIS IS A USED BOOK IN "AS NEW" CONDITION.