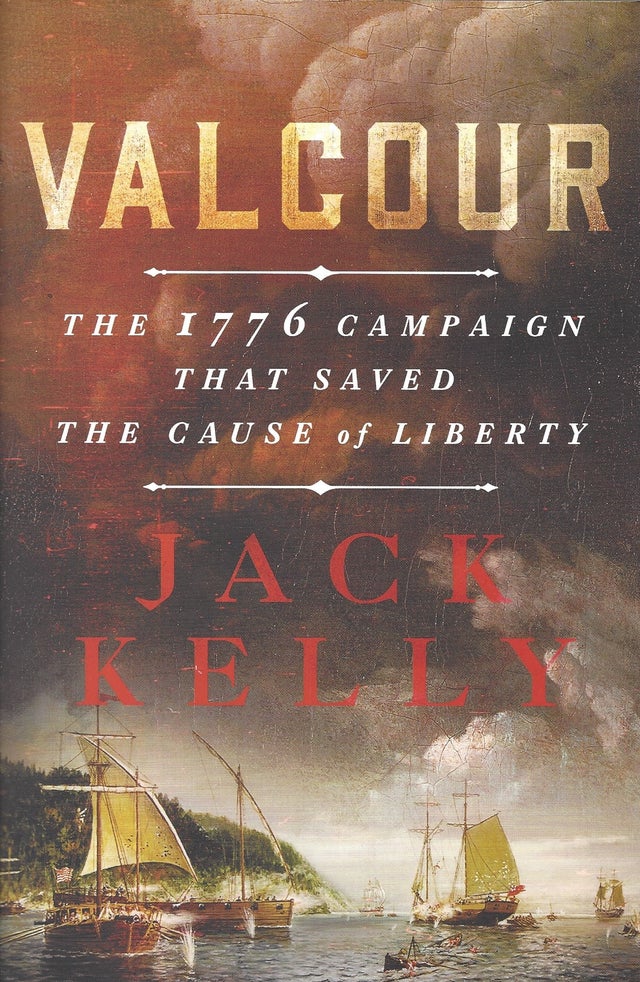 Valcour: The 1776 Campaign that Saved the Cause of Liberty by Jack Kelly

Valcour: The 1776 Campaign that Saved the Cause of Liberty by Jack Kelly

During the summer of 1776, a British incursion from Canada loomed. In response, citizen-soldiers of the newly independent nation mounted a heroic defense. Patriots constructed a fleet of gunboats on Lake Champlain in northern New York and confronted the Royal Navy in a desperate three-day battle near Valcour Island. Their effort stunned the arrogant British and forced the enemy to call off their invasion.

Jack Kelly's Valcour is a story of people. The northern campaign of 1776 was led by the underrated general Philip Schuyler (Alexander Hamilton's father-in-law), the ambitious former British officer Horatio Gates, and the notorious Benedict Arnold. An experienced sea captain, Arnold devised a brilliant strategy that confounded his slow-witted opponents.

America's independence hung in the balance during 1776. Patriots endured one defeat after another. But two events turned the tide: Washington's decision to cross the Delaware River and attack Trenton and the equally audacious fight at Valcour Island. Together, they stunned the enemy and helped preserve the cause of liberty.