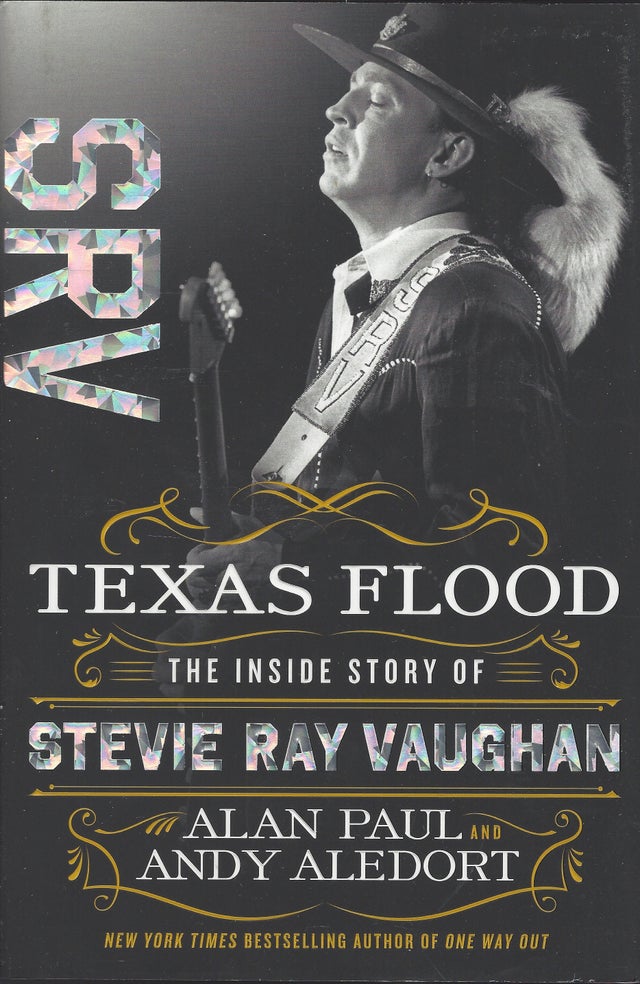 Texas Flood: The Inside Story of Stevie Ray Vaughan by Alan Paul and Andy Aledort

Texas Flood: The Inside Story of Stevie Ray Vaughan by Alan Paul and Andy Aledort

Just a few years after he nearly died from drug and alcohol addiction, a clean and sober Stevie Ray Vaughan was riding high. His last album was his most critically lauded and commercially successful. He had fulfilled a lifelong dream by collaborating with his first and greatest musical hero, his brother Jimmie. His tumultuous marriage was over, and he was in a new and healthy romantic relationship. Vaughan seemed poised for a new, limitless chapter of his life and career.

Instead, it all came to a shocking and sudden end on August 27, 1990, when he was killed in a helicopter crash following a dynamic performance with Eric Clapton. Just thirty-five years old, he left behind a powerful musical legacy and an endless stream of what-ifs. In the ensuing twenty-nine years, Vaughan's legend and acclaim have only grown and he is now an undisputed international musical icon. Despite the cinematic scope of Vaughan's life and death, there has never been a truly proper accounting of his story. Until now.