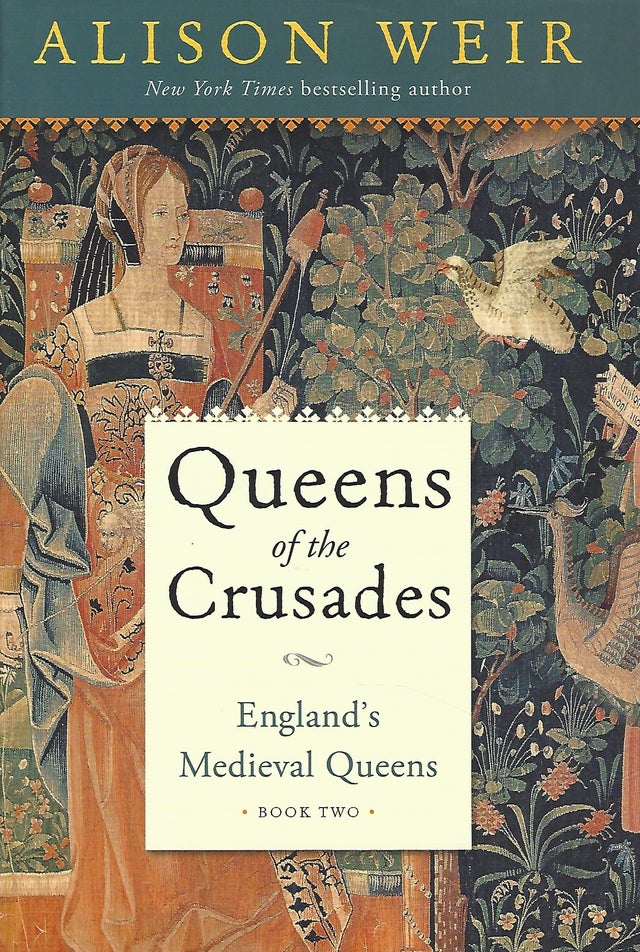 The Plantagenet queens of England played a role in some of the most dramatic events in our history. Crusading queens, queens in rebellion against their king, seductive queens, learned queens, queens in battle, queens who enlivened England with the romantic culture of southern Europe -- these determined women often broke through medieval constraints to exercise power and influence, for good and sometimes for ill.

This second volume of Alison Weir's critically acclaimed history of the queens of medieval England depicts a period of high drama, from 1154 to 1291: years of chivalry and courtly love, dynastic ambition, conflict between church and throne, baronial wars, and the ruthless interplay between the rival monarch of Britain and France. We see from a new perspective, events such as the murder of Becket, Magna Carta, and the birth of parliaments.

Weir's narrative begins with the formidable Eleanor of Aquitaine, whose marriage to Henry II established a dynasty that ruled for over three centuries and created the most powerful empire in western Christendom -- but also sowed the seeds of some of the most destructive family conflicts in history and the collapse, under Eleanor's son King John, of England's power in Europe. The lives of Eleanor's four successors were just as remarkable: Berengaria of Navarre, queen of Richard the Lionheart; Isabella of Angouleme, queen of John; Alienor of Provence, queen of Henry III; and finally Eleanor of Castile, the grasping but beloved wife of Edward I.

Through the story of these first five Plantagenet queens, Alison Weir provides a fresh, enthralling narrative focusing on these fascinating female monarchs during this dramatic period of high romance and sometimes low politics, with determined women at its heart.