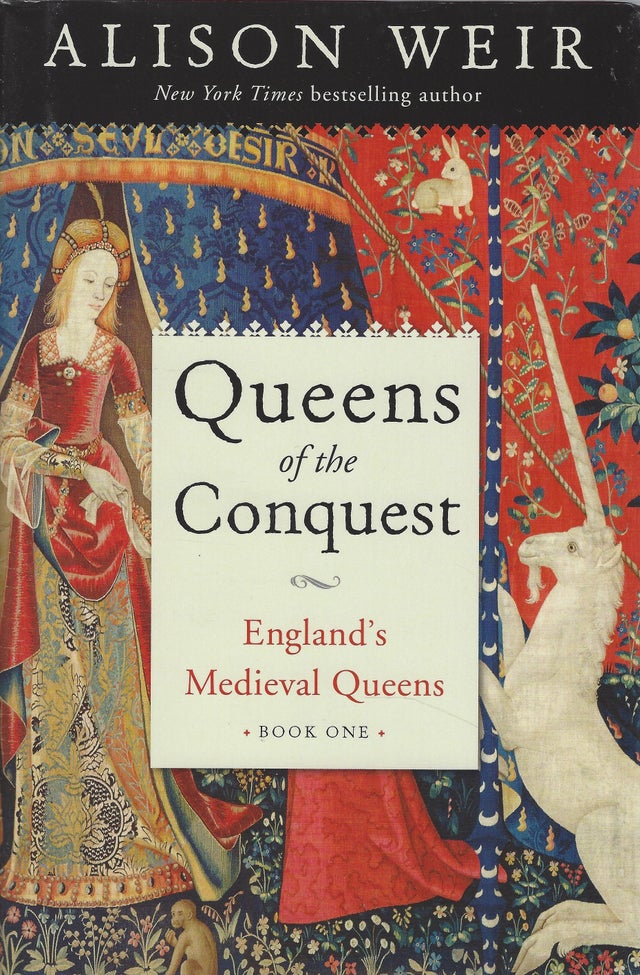 Queens of the Conquest: England's Medieval Queens, Book One by Alison Weir

Queens of the Conquest: England's Medieval Queens, Book One by Alison Weir

The lives of England's medieval queens were packed with incidents -- love, intrigue, betrayal, adultery, and warfare -- but their stories have been largely obscured by centuries of myth and omission. Now, in the first volume of an exciting new series, bestselling author and esteemed biographer Alison Weir provides a fresh perspective and restores these women to their rightful place in history.

Spanning the years from the Norman conquest in 1066 to the dawn of a new era in 1154, when Henry II succeeded to the throne and Eleanor of Aquitaine, the first Plantagenet queen, was crowned, this epic book brings to vivid life five women: Matilda of Flanders, wife of William the Conqueror, the first Norman king; Matilda of Scotland, revered as "the common mother of all England"; Adeliza of Louvain, the young beauty whom the aging Henry I married to get an heir; Matilda of Boulogne, one of the most desirable brides in Europe, who fought a war on behalf of her husband, King Stephen, against Empress Maud, England's first female ruler and this book's fifth queen, whose son King Henry II would go on to found the Plantagenet dynasty. More than those who came before or after them, these Norman consorts were recognized as equal sharers in sovereignty. Without the support of their wives, the Norman kings could not have ruled their disparate dominions as effectively.

Drawing from the most reliable contemporary sources, Weir skillfully strips away centuries of romantic lore to share a balanced and authentic take on the importance of these female monarchs. What emerges is a seamless royal saga, an all-encompassing portrait of English medieval queenship, and a sweeping panorama of British history.