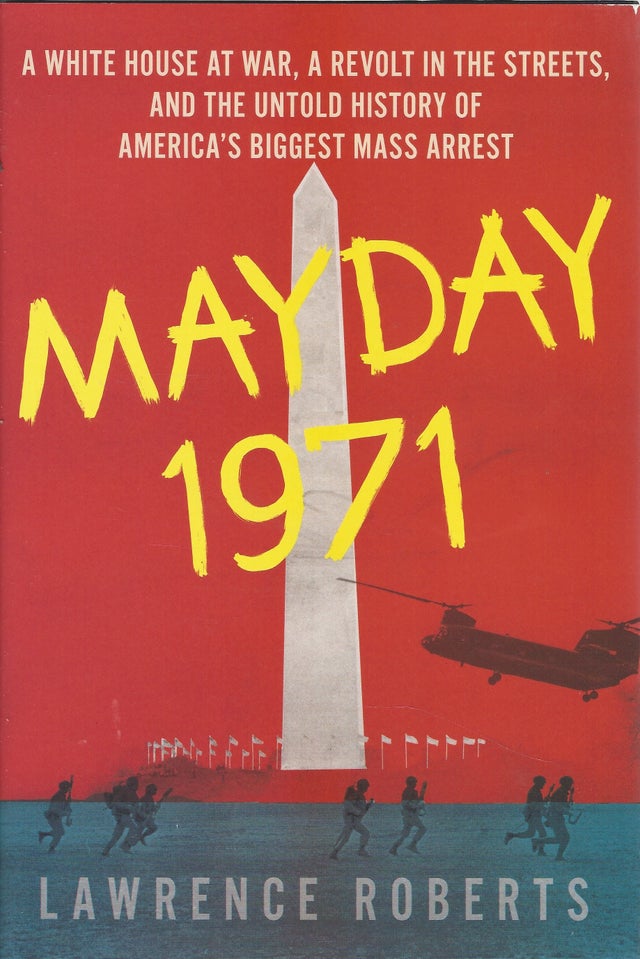 They surged into Washington by the tens of thousands in the spring of 1971, Fiery radicals, flower children, and militant vets gathered for the most audacious act in a years-long movement to end America's war in Vietnam: a blockade of the nation's capital. And the White House, headed by an increasingly paranoid Richard Nixon, was determined to stop it.

Washington journalist Lawrence Roberts, drawing on dozens of interviews, unexplored archives, and newfound White House transcripts, recreates these largely forgotten events through the eyes of dueling characters. Woven into the story are now-familiar names including John Kerry, Jane Fonda, and Daniel Ellsberg, leaker of the Pentagon Papers. It began with a bombing inside the U.S. Capitol -- a still-unsolved case to which Roberts brings new information. To prevent the Mayday Tribe's guerrilla-style traffic blockade, the government mustered the military. Riot squads swept through the city, arresting more than 12,000 people. As a young female public defender led a thrilling legal battle to free the detainees, Nixon and his men took their first steps down the road to the Watergate scandal and the implosion of the presidency.

Mayday 1971 is the ultimately inspiring story of a season when our democracy faced grave danger, and survived.