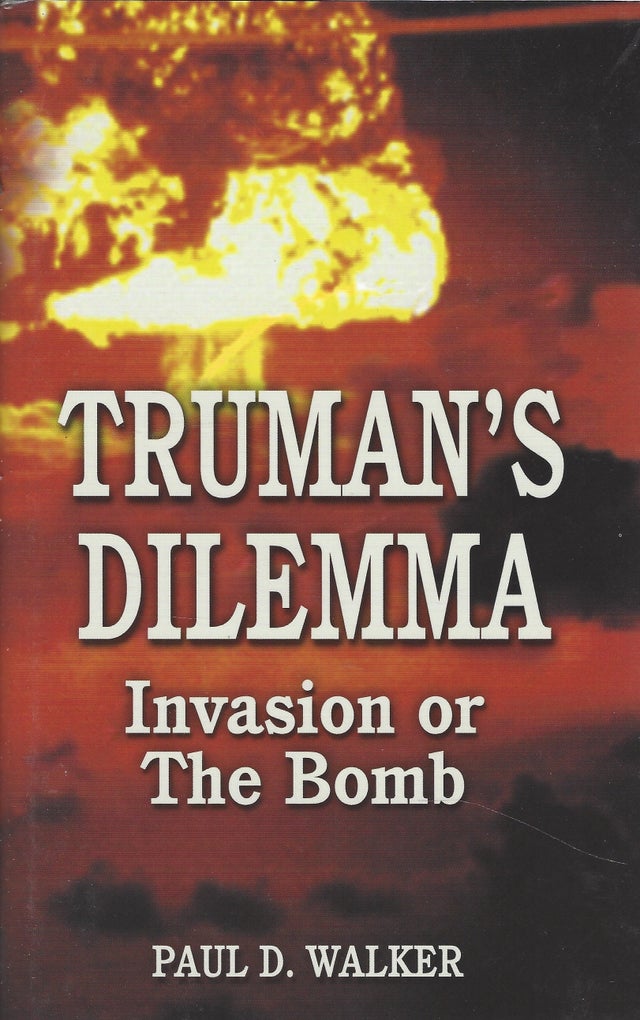 Truman's Dilemma: Invasion or the Bomb by Paul D. Walker

Truman's Dilemma: Invasion or the Bomb by Paul D. Walker

In August 1995, controversy raged over the Smithsonian Institute's National Air and Space Museum's exhibit of the Enola Gay, the B-29 bomber that dropped the bomb on Hiroshima. The exhibit's accompanying text, commemorating the fiftieth anniversary of the event, described the Japanese targets as "victims of a needless slaughter."

World War II veterans were incensed and protested that the bombing saved countless lives by ending the war quickly. According to American Heritage magazine, "their opponents maintained that the military men later invented projected casualty numbers in order to justify the use of the weapons on a beaten nation." This is only one example of how the debate over America's use of atomic weapons continues more than fifty years after the end of World War II.

In Trumans' Dilemma, historian Paul D. Walker examines the circumstances of the war in the Pacific and weighs the factors that resulted in America's release of atomic bombs on Hiroshima and Nagasaki. In addition to describing well-known battles like those at Iwo Jima and Okinawa, Walker presents recently declassified information about America's plans to invade the Japanese home islands.

Walker also summarizes the history of Japan and explains how its twentieth-century government corrupted the traditional Bushido (way of the warrior) philosophy, indoctrinating the entire populace with a desire to win -- at any personal cost.

This resolution, Walker argues, would have resulted in massive fatalities of military personnel from both sides, as well as Japanese civilians, had the Allies tried to invade. Mr. Walker cites the atrocities and loss of life in Nanking and Okinawa, as well as the ketsu-go, the suicidally brutal strategic plan to defend the Japanese island of Kyushu, as justification for Truman's eventual decision.

Traditional attacks would have been slow, costly, and possibly, ultimately futile in response to Japan's unprecedented determination and self-sacrifice. An innovative solution was called for -- the atomic bomb.