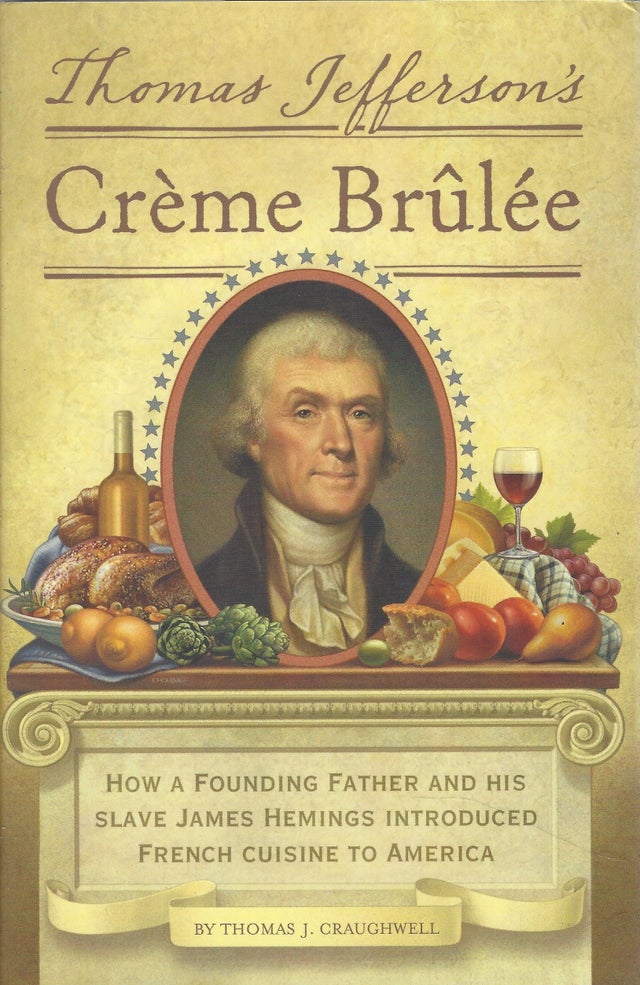 In 1784, Thomas Jefferson struck a deal with one of his slaves, nineteen-year-old James Hemings. The founding father was traveling to Paris and wanted to bring James along "for a particular purpose" -- to master the art of French cooking. In exchange for James's cooperation, Jefferson would grant his freedom.

Thus began one of the strangest partnerships in United States history. As Hemings apprenticed under master French chefs, Jefferson studied the cultivation of French crops (especially grapes for winemaking) so that they might be replicated in American agriculture. The two men returned home with such marvels as pasta, French fries, Champagne, macaroni and cheese, creme brulee, and a host of other treats. This narrative history tells the story of their remarkable adventure -- and even includes a few of their favorite recipes!