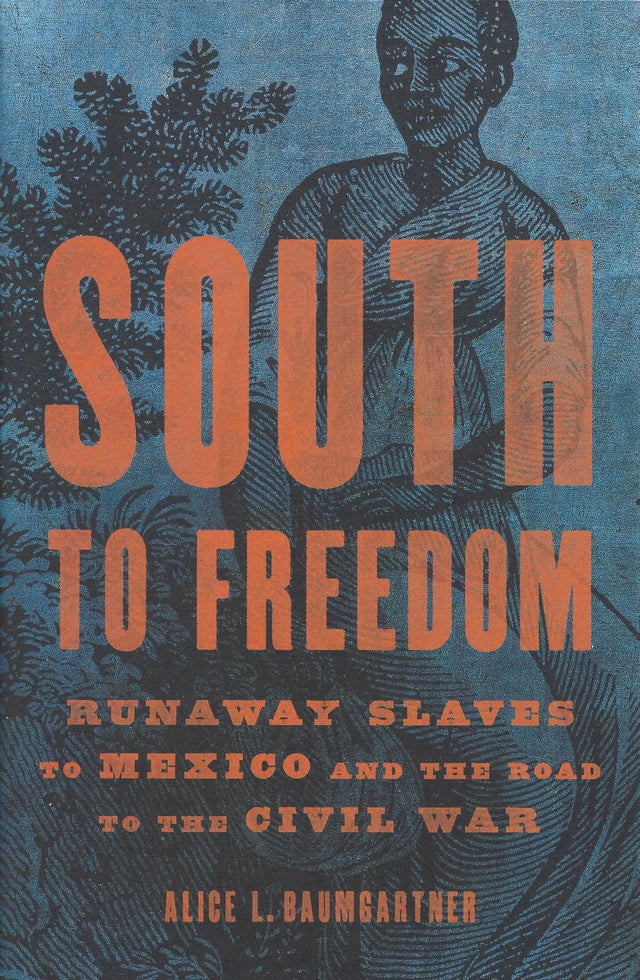 South to Freedom: Runaway Slaves to Mexico and the Road to the Civil War by Alice L. Baumgartner

South to Freedom: Runaway Slaves to Mexico and the Road to the Civil War by Alice L. Baumgartner

The Underground Railroad to the North promised salvation to many American slaves before the Civil War. But thousands of people in the south-central United States escaped slavery not by heading north but by crossing the southern border into Mexico.

In South to Freedom historian Alice Baumgartner tells the story of Mexico's rise as an antislavery republic and a promised land for enslaved people in North America. In 1837, shortly after Texas rebelled against Mexican rule, Mexico's Congress formally abolished slavery, and enslaved people began to head south. Some were helped by free blacks, ship captains, Mexicans, Germans, gamblers, preachers, mail riders, and other "lurking scoundrels." Most, however, escaped by their own ingenuity with stolen rifles, forged slave passes, and in one instance a wig made from horsehair and pitch. Southerners hoped that annexing Texas and invading Mexico in the 1840s would stop runaways and secure slavery's future. Instead, the United States' seizure of Alta California and Nuevo Mexico upset the delicate political balance between free and slave states. With the Southern slave regime under pressure from both the north and south, the conditions were in place for the coming of the U.S. Civil War.

Today, our attention is fixed on people seeking opportunity by moving north across our southern border, but South to Freedom reveals what happened when the reverse was true: when American slaves fled "the land of the free" for freedom in Mexico.