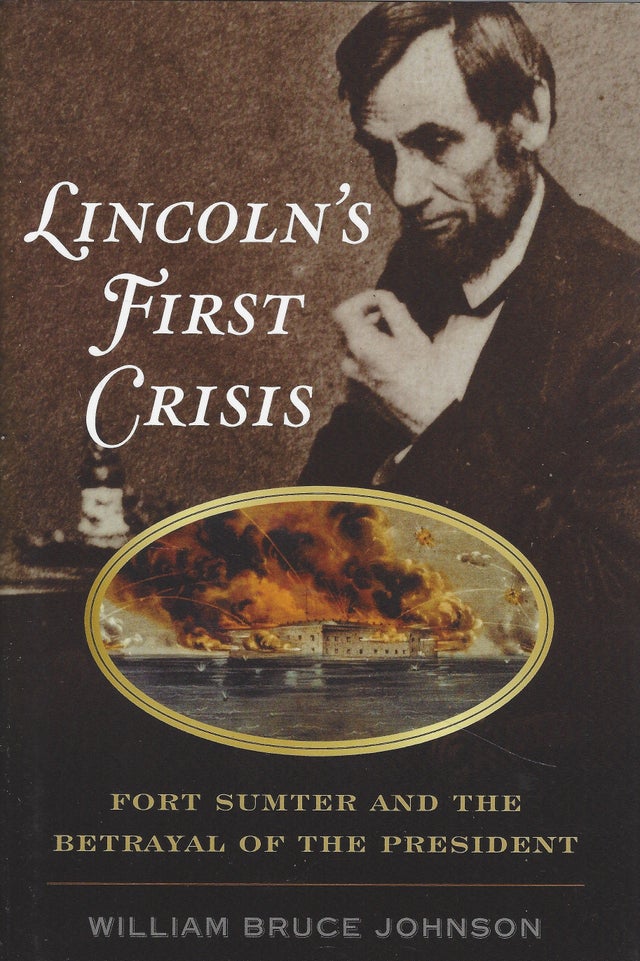 Lincoln's First Crisis: Fort Sumter and the Betrayal of the President by William Bruce Johson

Lincoln's First Crisis: Fort Sumter and the Betrayal of the President by William Bruce Johson

Lincoln's First Crisis concerns five of the most consequential months in American history: December 1860 through April 1861. When Abraham Lincoln swore his oath as president, the United States was disintegrating. Seven states had seceded, and as many as eight seemed poised to join them, depending upon how the new president handled the secession crisis and its flashpoint: Fort Sumter in South Carolina, the heart of the rebellion. The fate of the republic hung in the balance. The Sumter crisis has been hotly debated and deeply researched for more than 150 years. In this thoughtful reassessment, William Bruce Johnson combines thorough research and the latest historiography with a litigator's methodical analysis and a storyteller's eye for meaningful detail.

Shortly after taking office, Lincoln decided on a plan to avoid war with the seceded states while keeping his inaugural promise to maintain a Union military presence in the South. Because he chose not to reveal his plan to anyone, rumors soon spread that he was simply afraid to act. One source of such rumors was Lincoln's secretary of state, William Henry Seward. Resentful that Lincoln had deprived him of the Republican nomination and convinced that Lincoln lacked the political sophistication necessary to deal with the secession crisis, Seward decided to negotiate with the Confederacy on his own and in secret. Meanwhile, General Winfield Scott, the Union's most senior military officer, had for a decade depended upon Seward for political advice, and he now considered himself under orders from Seward, not the president. Johnson traces how Seward and Scott sabotaged Lincoln's plan. From this account, including his examination of various personalities (such as that of Fort Sumter's commander, Major Robert Anderson) and granular research into aspects of the order of battle in Charleston, Johnson has here constructed a new narrative of this crucial period, culminating in a new theory of how and why the Civil War began as it did, and how and why, if the new president's orders had been properly carried out by Seward and Scott, it might have been averted.