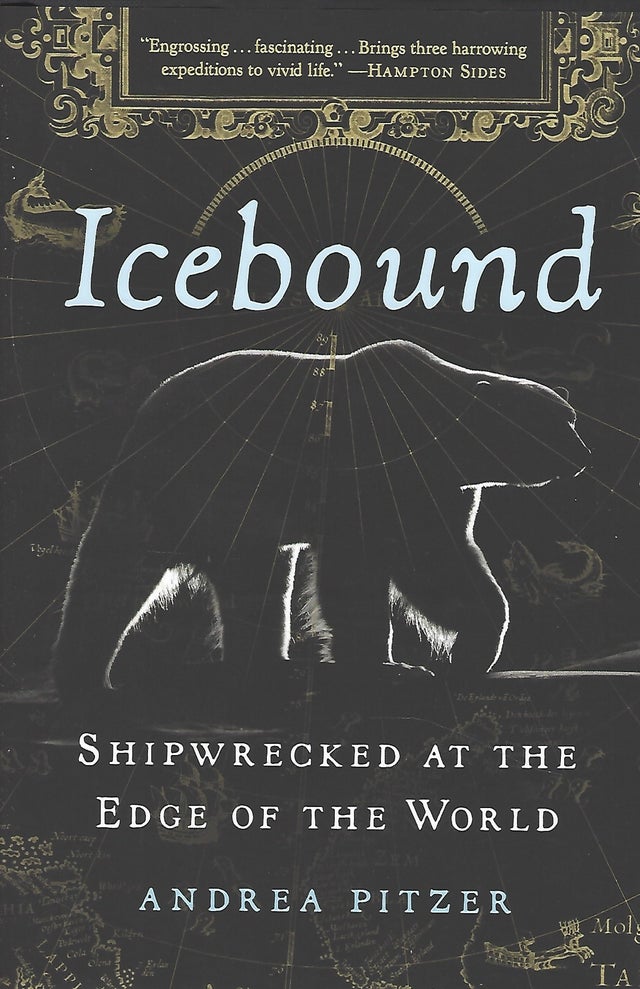 Icebound: Shipwrecked at the Edge of the World by Andrea Pitzer

Icebound: Shipwrecked at the Edge of the World by Andrea Pitzer

The human story has always been one of perseverance -- often against remarkable odds. The most astonishing survival tale of all might be that of sixteenth-century Dutch explorer William Barents and his crew of sixteen, who ventured farther north than any Europeans before and, on their third polar exploration, lost their ship off the frozen coast of Nova Zembla to unforgiving ice. The men would spend the next year fighting off ravenous polar bears, gnawing hunger, and endless winter.

In Icebound, Andrea Pitzer masterfully combines a gripping tale of survival with a sweeping history of the great Age of Exploration -- a time of hope, adventure, and seemingly unlimited geographic frontiers. At the story's center is William Barents, one of the greatest navigators of his time, whose larger-than-life ambitions and obsessive quest to chart a path through the deepest, most remote regions of the Arctic ended in both tragedy and glory. Journalist Pitzer did extensive research, learning how to use four-hundred-year-old navigation equipment, setting out on three Arctic expeditions to retrace Barents's steps, and visiting replicas of his ship and cabin.

A haunting, inspiring drama that has influenced a pantheon of great writers over the centuries -- from William Shakespeare to Charlotte Bronte to Jules Verne -- the saga of Barents and his men comes fully alive in Icebound.