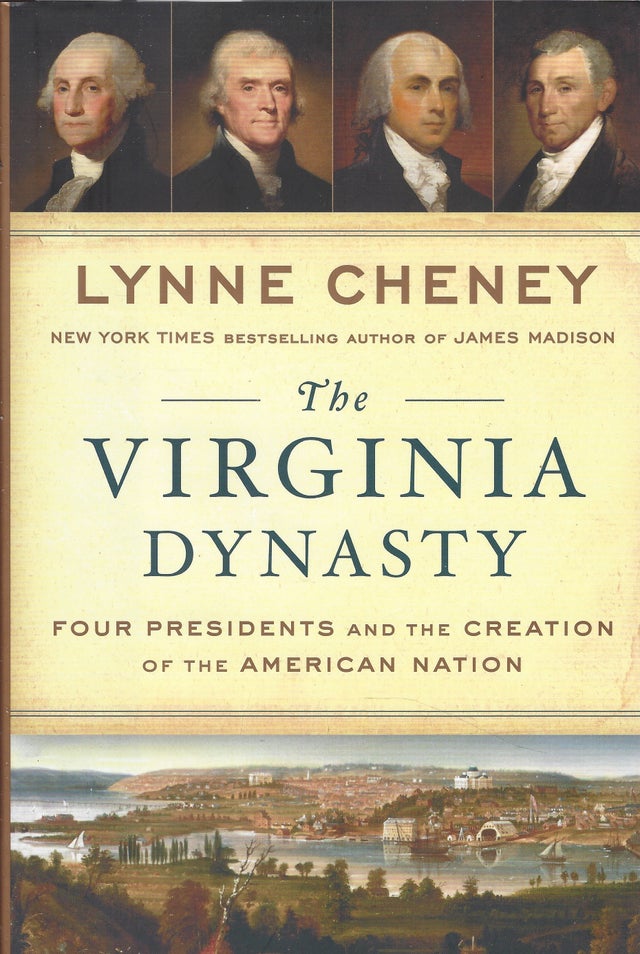 The Virginia Dynasty: Four Presidents and the Creation of the American Nation by Lynne Cheney

The Virginia Dynasty: Four Presidents and the Creation of the American Nation by Lynne Cheney

From a small expanse of land on the North American continent came four of the nation's first five presidents -- a geographic dynasty whose members led a revolution, created a nation, and ultimately changed the world. George Washington, Thomas Jefferson, James Madison, and James Monroe were born, grew to manhood, and made their homes within a sixty-mile circle east of the Blue Ridge Mountains. Friends and rivals, they led in securing independence, hammering out the United States Constitution, and building a working republic. Acting together, they doubled the territory of the United States. From their disputes came American political parties and the weaponizing of newspapers, the media of the day. In this elegantly conceived and insightful new book from bestselling author Lynne Cheney, the four Virginians are not marble icons but vital figures deeply intent on building a nation where citizens could be free.

Focusing on the intersecting roles these men played as warriors, intellectuals, and statesmen, Cheney takes us back to an exhilarating time when the Enlightenment opened new vistas for humankind. But even as the Virginians advanced liberty, equality, and human possibility, they held people in slavery and were slaveholders when they died. Lives built on slavery were incompatible with a free and just society; their actions contradicted the very ideals they espoused. They managed nonetheless to pass down those ideals, which became powerful weapons for ending slavery. They inspired Abraham Lincoln and Frederick Douglass and today undergird the freest nation on earth.

Taking full measure of strengths and failures in the personal as well as the political lives of the men at the center of this book Cheney offers a concise and original exploration of how the United States came to be.