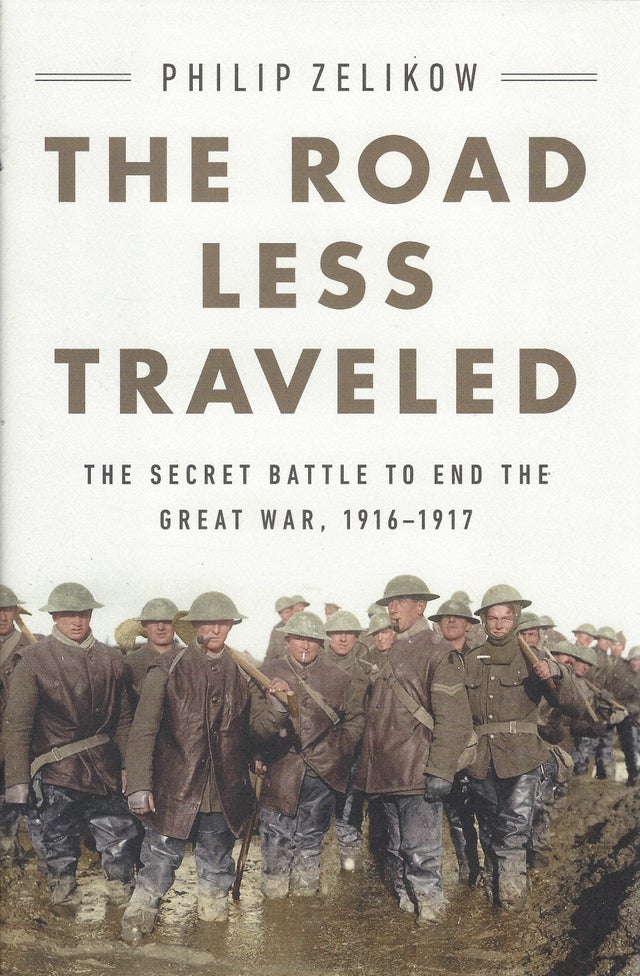 Two years into the most terrible conflict the world had ever known, the warring powers faced a crisis. There were no good military options. Money, men, and supplies were running short on all sides. The German chancellor secretly sought President Woodrow Wilson's mediation to end the war, just as British ministers and France's president also concluded that the time was right. Veteran diplomat and historian Philip Zelikow describes how tantalizingly close these far-sighted statesmen came to finding peace in 1916 - 1917 and avoiding the total war that dimmed hopes for a better world.

Theirs was a secret battle that is only now becoming fully understood, a story of civic courage, awful responsibility, and of leaders who rose to the occasion while others shrank from it.

Fast-paced and filled with newly uncovered source material, The Road Less Traveled reveals one of the last great mysteries of the Great War: that it simply never should have lasted so long or cost so much.