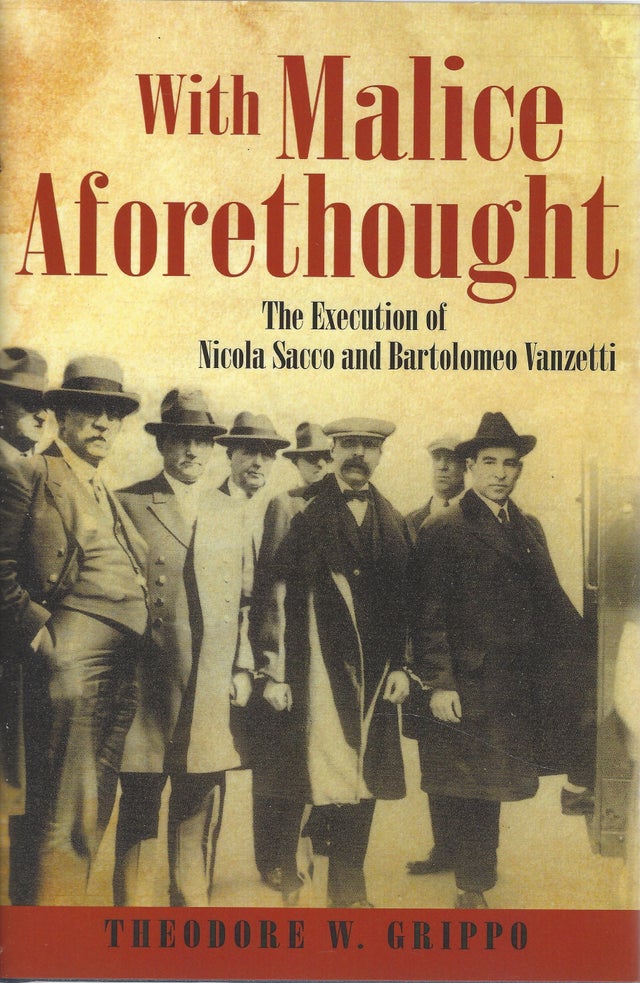 With Malice Aforethought: The Execution of Nicola Sacco and Bartolomeo Vanzetti by Theodore W. Grippo

With Malice Aforethought: The Execution of Nicola Sacco and Bartolomeo Vanzetti by Theodore W. Grippo

For Sacco and Vanzetti, the nightmare began on the night of May 5, 1920. They were riding on a streetcar to Sacco's home when it suddenly stopped. Officer Connolly boarded with his gun drawn. He confronted the two Italians and asked where they came from and where they were going. Then he said, "I want you; you're under arrest as suspicious characters."

The two would never again be free. After their execution seven years later, worldwide riots broke out. American embassies were stoned; cars and American flags were burned.

Although their lives were taken, their spirit has lived on through Vanzetti's words: "That last moment belongs to us; that agony is our triumph."

With Malice Aforethought, Theodore Grippo tells the story of Sacco and Vanzetti, a story that American author and critic Edmund Wilson said "revealed the whole anatomy of American life... and... raised almost every fundamental question of our political and social system."