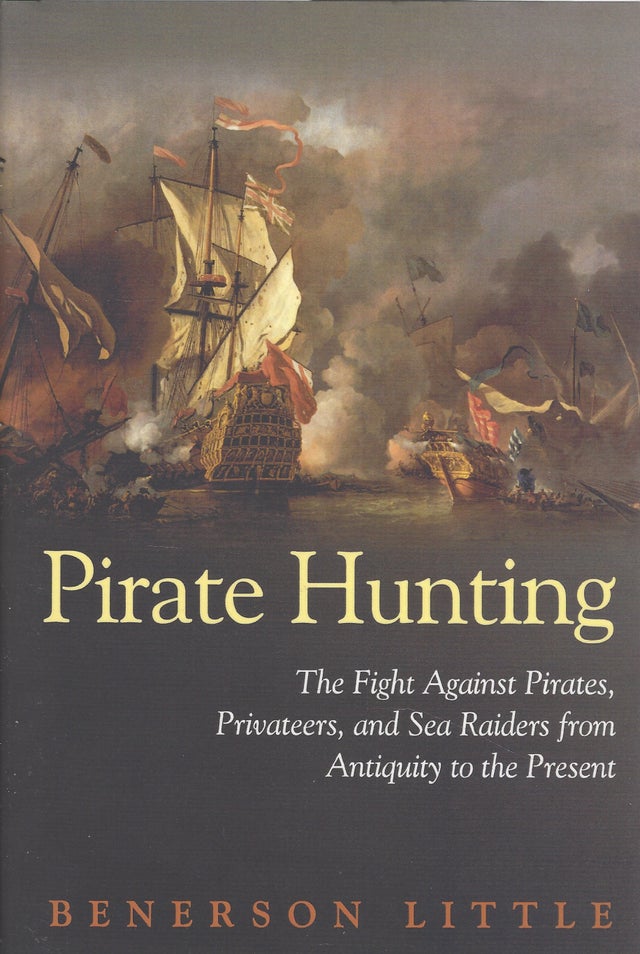 Pirate Hunting: The Fight Against Pirates, Privateers, and Sea Raiders from Antiquity to the Present by Benerson Little

Pirate Hunting: The Fight Against Pirates, Privateers, and Sea Raiders from Antiquity to the Present by Benerson Little

For thousands of years pirates, privateers, and seafaring raiders have terrorized the ocean voyager and coastal inhabitant, plundering ship and shore with impunity. From the victim's point of view, these attackers were not the rebellious, romantic rulers of Neptune's realm, but savage beasts to be eradicated, and those who went to sea to stop them were heroes.

Engaging and meticulously detailed, Pirate Hunting chronicles the fight against these plunderers from ancient times to the present and illustrates the array of tactics and strategies that individuals and governments have employed to secure the seas. Benerson Little lends further dimension to this unending battle by including the history of piracy and privateering from the Mycenaean rovers to the modern pirates of Somalia. He also introduces associated naval warfare; maritime commerce and transportation; the development of speed under oar, sail, and steam; and the evolution of weaponry.

More than just a vivid account of the war that seafarers and pirates have waged, Pirate Hunting is invaluable reading in a world where acts of piracy are once more a significant threat to maritime commerce and voyagers. It will appeal to readers interested in the history of piracy, anti-piracy operations, and maritime, naval, and military history worldwide.