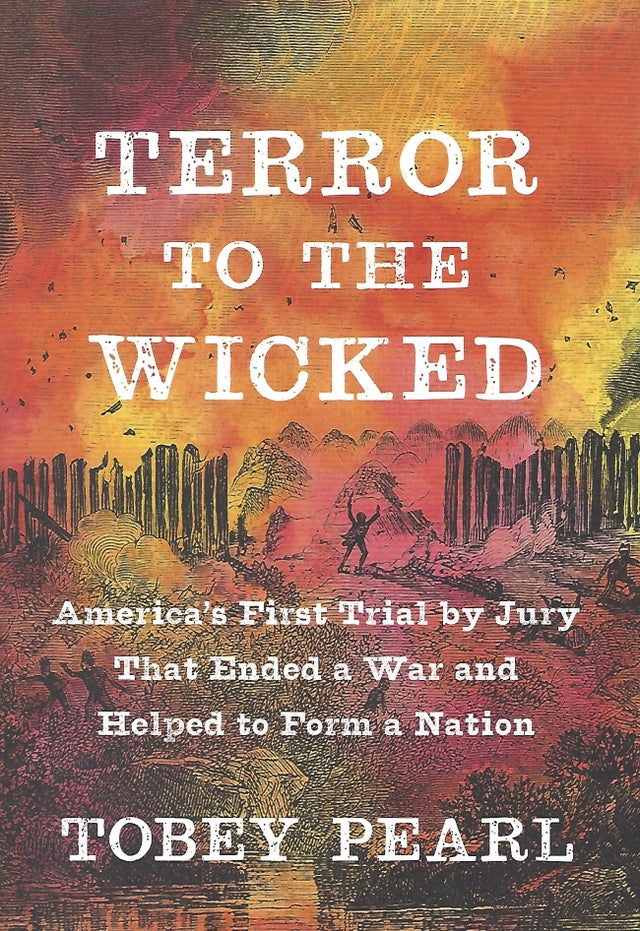 Terror to the Wicked: America's First Trial by Jury that Ended a War and Helped to Form a Nation by Tobey Pearl

Terror to the Wicked: America's First Trial by Jury that Ended a War and Helped to Form a Nation by Tobey Pearl

The year: 1638. The setting: Providence, Near Plymouth Colony.

A young Nipmuc tribesman returning home from trading beaver pelts is fatally stabbed in a robbery in the woods near Plymouth Colony by a vicious white runaway indentured servant. The tribesman, fighting for his life, is able with his final breaths to reveal the details of the attack to Providence's governor, Roger Williams. A frantic manhunt by the fledgling government ensues to capture the killer and his gang, now the most hunted men in the New World.

With their capture, the two-year-old Plymouth Colony faces overnight its first trial -- a murder trial -- with Plymouth's governor presiding as judge and prosecutor, interviewing witnesses and defendants alike, and Myles Standish, Plymouth Colony authority, as overseer of the courtroom, his sidearm at the ready. The jury -- Plymouth colonists, New England farmers ("a rude and ignorant sorte," as described by former governor William Bradford) -- white, male, picked from a total population of five hundred and fifty, knows from past persecutions the horrors of a society without a jury system. Would they be tempted to protect their own -- including a cold-blooded murderer who was also a Pequot War veteran -- over the life of a tribesman who had fought in a war allied against them?

Tobey Pearl brings to vivid life those caught up in the drama: Roger Williams, founder of Plymouth Colony, a self-taught expert in indigenous cultures and the first investigator of the murder; Myles Standish, Edward Winslow, a former governor of Plymouth Colony and the master of the indentured servant and accused murderer; John Winthrop, governor of Massachusetts Bay Colony; the men on trial for the murder; and the lone tribesman, from the last of the Woodland American Indians, whose life was brutally taken from him.

Pearl writes of the witnesses who testified before the court and of the twelve colonists on the jury who went about their duties with grave purpose, influenced by a complex mixture of Puritan religious dictates, lingering medieval mores, new ideals of humanism, and an England still influenced by the last gasp of the English Renaissance. And she shows how, in the end, the twelve came to render a groundbreaking judicial decision that forever set the standard for American justice.

An extraordinary work of historical piecing-together; a moment that set the precedence of our basic, fundamental right to trial by jury, ensuring civil liberties and establishing it as a safeguard against injustice.