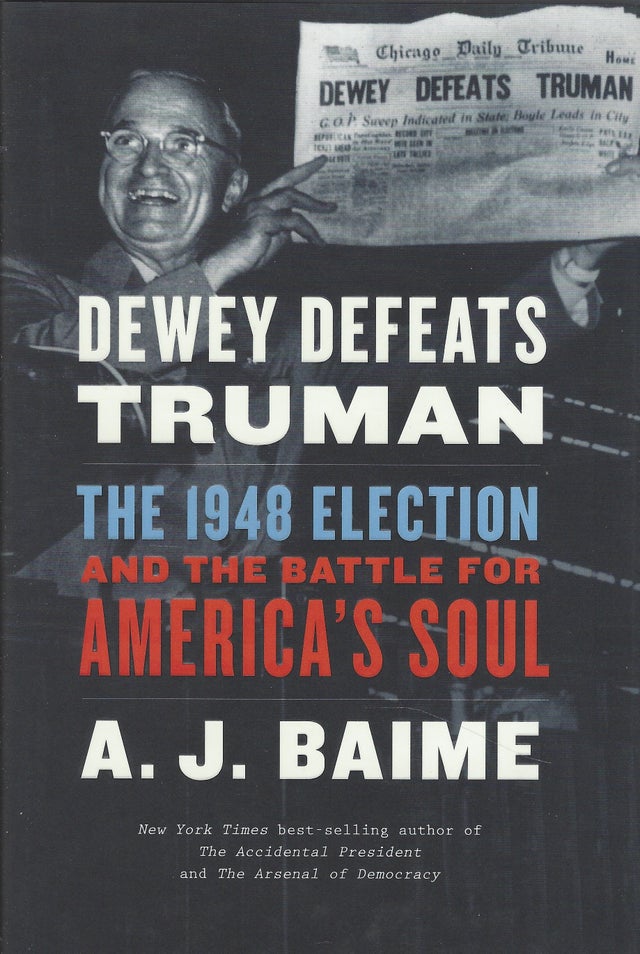 Dewey Defeats Truman: The 1948 Election and the Battle for America's Soul by A.J. Baime

Dewey Defeats Truman: The 1948 Election and the Battle for America's Soul by A.J. Baime

In 1948, America was a fractured country. Racism was rampant, foreign relations were fraught, and political parties were more divided than ever. Americans were certain that President Harry S. Truman's political career was over. "The ballots haven't been counted," noted political columnist Fret Othman, "but there seems to be no further need for holding up an affectionate farewell to Harry Truman." Truman's own staff did not believe he could win. Nor did his wife, Bess. The only man in the world confident that Truman would win was Mr. Truman himself. And win he did.

The year 1948 was a fight for the soul of a nation. In Dewey Defeats Truman, A.J. Baime sheds light on one of the most action-packed six months in American history, as Truman both triumphs and oversees watershed events -- the passing of the Marshall Plan, the acknowledgment of Israel as a state, the dawning of the Cold War, the Operation Sandstone atomic-bomb tests, and the desegregation of the military.

Not only did Truman win the election, he succeeded in guiding his country forward at a critical time, with haunting parallels to the modern day.