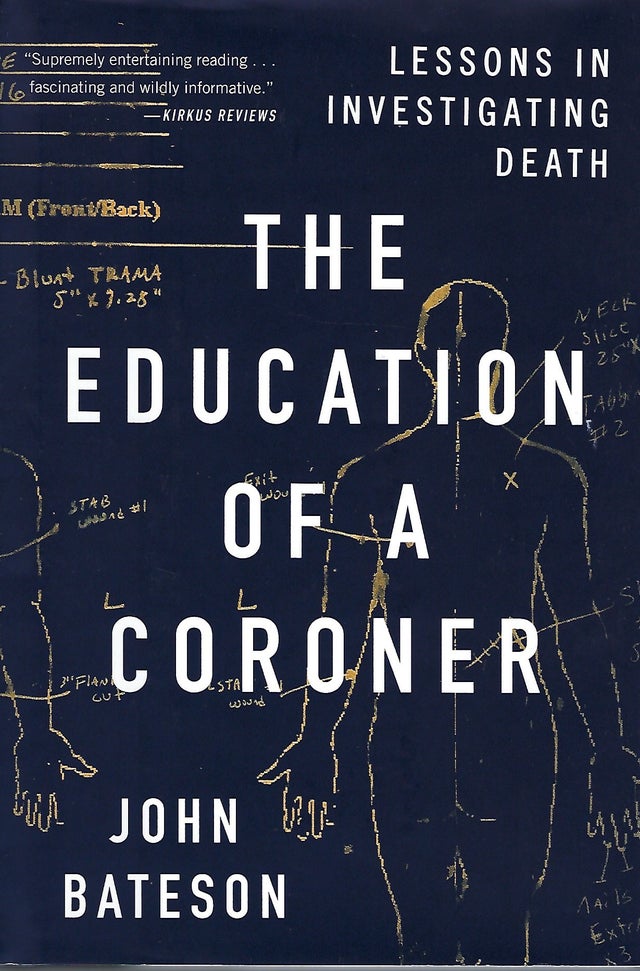 The Education of a Coroner: Lessons in Investigating Death by John Bateson

The Education of a Coroner: Lessons in Investigating Death by John Bateson

Marin County, California, is a study in contrasts. Its natural beauty attracts celebrity residents and thousands of visitors every year, yet the county is also home to San Quentin State Prison, one of the largest penitentiaries in the United States. Marin ranks in the top one percent of counties nationwide in affluence and overall health, but it is far above the norm in the prevalence of alcoholism and frequency of drug overdoses. Marin residents also account for a notable percentage of suicides from the luminous orange Golden Gate Bridge. Death is everywhere in this dramatic landscape.

Ken Holmes worked in the Marin County Coroner's Office for thirty-six years, starting as a death investigator and ending as the three-term elected coroner. As he grew into the role -- which is different from what is depicted on television -- Holmes learned a variety of skills from identifying hidden clues at crime scenes to notifying families of a death with sensitivity and compassion. He also learned about different kinds of firearms, about all types of drugs -- prescription and illegal -- and about the strange and sometimes mind-boggling ways people accidentally die.

Just as every life has a story, so does every death, and in The Education of a Coroner, John Bateson takes readers along on a tour of the hair-raising and heartbreaking cases of Ken Holmes's career. His chronicle provides a fascinating glimpse into the daily life of a public servant whose job confronts fate in all its forms and is essential for society to function.