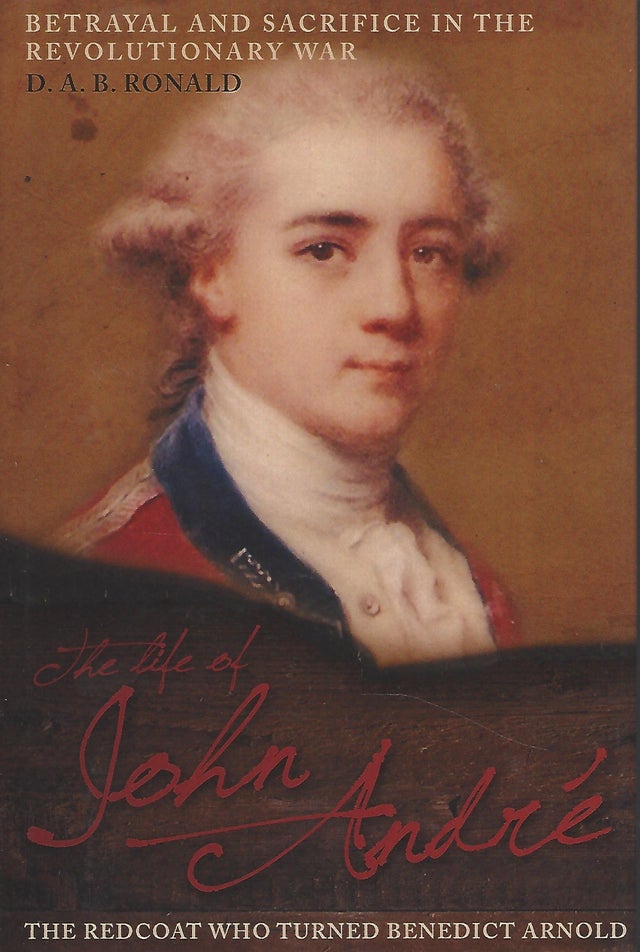 The Life of John Andre: The Redcoat Who Turned Benedict Arnold by D.A.B. Ronald

The Life of John Andre: The Redcoat Who Turned Benedict Arnold by D.A.B. Ronald

Born to Huguenot refugees living in London, John Andre joined the British Army as a junior officer in 1771. His skills in languages and map-making recognized by his superiors, he was trained for "petite guerre," the shadowy but crucial business of intelligence gathering and irregular warfare.

As rebellion within the American colonies loomed, in 1774 he sailed to Philadelphia, arriving just as the First Continental Congress opened. When war broke out in 1775, Andre's skills became invaluable. Soon proving himself, he rose through the ranks, and aged just 29, was appointed adjutant-general of the British Army in America, taking charge of the secret service.

A charming, talented, and handsome young man, he was well-placed to make intelligence contacts during the British occupation of Philadelphia in 1777-78. Among them was a young lady named Peggy Shippen. With her assistance, he hatched a plan to turn her husband, Benedict Arnold -- a senior American officer. An extended correspondence led to a fateful meeting between Arnold and Andre to arrange the surrender of the key fort of West Point.

After meeting Arnold, Andre was then mysteriously captured behind enemy lines, in disguise and carrying incriminating documents. He immediately confessed, refusing to try to save himself, leaving Washington no choice but to have him executed as a spy.

His death was widely lamented on both sides of the Atlantic but the truth about his death -- and life -- has never been fully understood. This new biography explores Andre's background and youth to explain his personality and motivations. It reveals why the heinous Benedict Arnold betrayed him and why Andre chose to sacrifice himself.