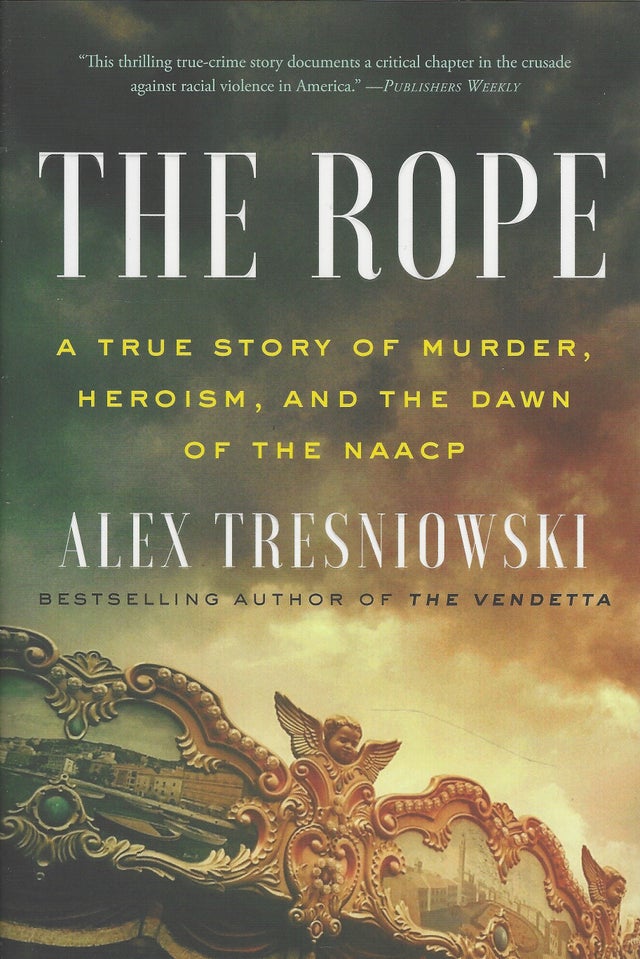 The Rope: A True Story of Murder, Heroism, and the Dawn of the NAACP by Alex Tresniowski

The Rope: A True Story of Murder, Heroism, and the Dawn of the NAACP by Alex Tresniowski

In the tranquil seaside town of Asbury Park, New Jersey, schoolgirl Marie Smith is brutally murdered. Small-town officials, unable to find the culprit, call upon the young manager of a New York detective agency for help. It is the detective's first murder case, and the specifics of the investigation and daring stink operation that caught the killer are captured in all their rich detail for the first time.

Occurring exactly halfway between the end of the Civil War in 1865 and the formal beginning of the civil rights movement in 1954, the ruthless murder and its highly covered investigation sit at the historic intersection of sweeping national forces -- religious extremism, class struggle, the infancy of criminal forensics, and racial violence of Jim Crow America.

History and true crime collide in this sensational murder mystery featuring characters as complex and colorful as those found in the best psychological thrillers -- the unconventional truth-seeking detective Ray Schindler; a chilling villain; the ambitious Asbury Park sheriff Clarence Hetrick; the mysterious "sting artist" Carl Neumeister; the indomitable crusader Ida B. Wells; and the victim, Marie Smith, who represented all the innocent and vulnerable children living in turn-of-the-century America.

Gripping and powerful, The Rope is an important piece of history that gives a voice to the voiceless and resurrects a long-forgotten true crime.