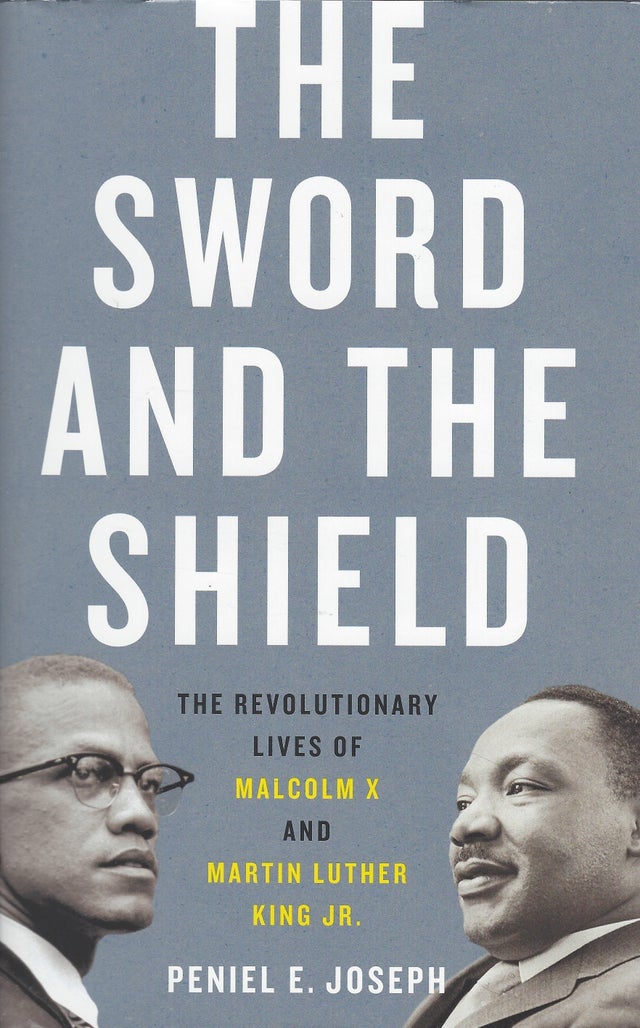 The Sword and the Shield: The Revolutionary Lives of Malcolm X and Martin Luther King Jr. by Peniel E. Joseph

The Sword and the Shield: The Revolutionary Lives of Malcolm X and Martin Luther King Jr. by Peniel E. Joseph

To most Americans, Malcolm X and Martin Luther King Jr. represent contrasting ideals: self-defense vs. nonviolence, black power vs. civil rights, the sword vs. the shield. The struggle for black freedom is wrought with the same contrasts. While nonviolent direct action is remembered as an unassailable part of American democracy, the movement's militancy is either vilified or erased outright.

In The Sword and the Shield, Peniel E. Joseph upends these misconceptions and reveals a nuanced portrait of two men who, despite markedly different family histories, religious affiliations, and class backgrounds, inspired each other throughout their adult lives. Malcolm's push to connect pan-Africanism to an international human rights agenda mirrored the "beloved community" that King eloquently articulated at the March on Washington. Similarly, the anti-war and anti-poverty campaigns of King's final years unleashed a stinging critique of racism, militarism, and materialism that echoed Malcolm's impassioned anti-colonialism. In short, King was more revolutionary, and Malcolm more pragmatic, than we've been told.

The Sword and the Shield is the definitive history of not only the revolutionary lives and political impact of these leaders, but also of the movement and era they came to define.