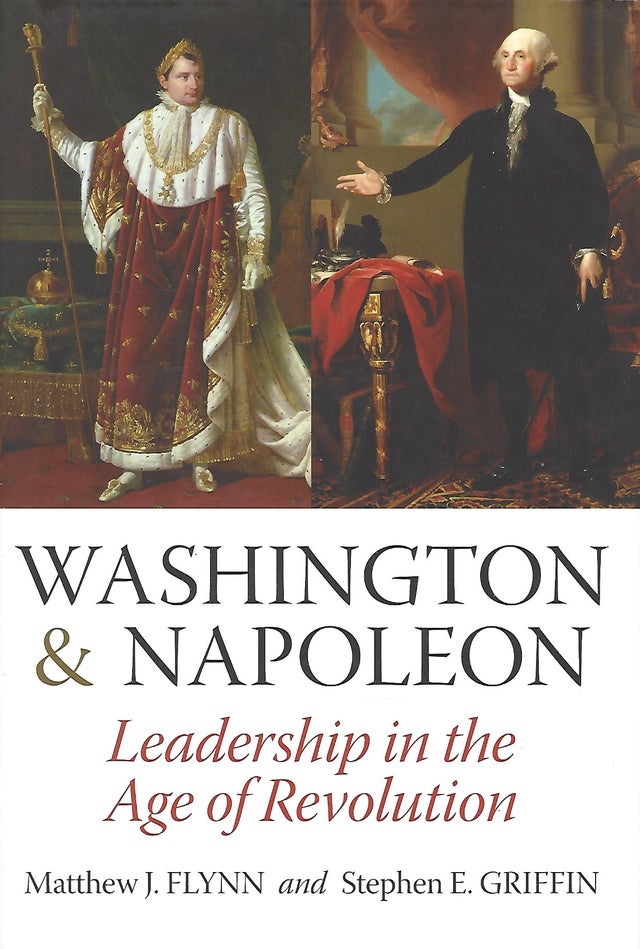 Washington & Napoleon: Leadership in the Age of Revolution by Matthew J. Flynn and Stephen E. Griffin

Washington & Napoleon: Leadership in the Age of Revolution by Matthew J. Flynn and Stephen E. Griffin

George Washington became president of the newly formed United States just as the French Revolution erupted in 1789, a moment that would pave the way for Napoleon and his eventual empire. In this momentous year, Americans consolidated the gains of their rebellion, and the French embarked upon a more radical transformation of their own. Though strikingly different, the American and French revolutions gave rise to Washington and Napoleon, two wildly popular generals who led new forces on battlefields across their respective territories.

Matthew J. Flynn and Stephen E. Griffin's analysis of these two men includes the political context of their lives. As a military equal of Napoleon, Washington posed just a great a threat to the life of the fledgling American republic as Napoleon did to representative government in France. Both generals assumed their offices with a similar purpose in mind: transferring sovereignty from the people to an individual leader. Yet, Washington chose the republican path, while Napoleon sank into despotism.

Flynn and Griffin show how leadership is shaped by the society that governs it, thus highlighting the differences between Washington and Napoleon. The authors demonstrate that the two were equally ambitious and that each chose paths to power reflecting their turbulent political times. In this fascinating book, the characters of these two great generals, statesmen, and icons emerge to show the divergence of their towering geniuses.