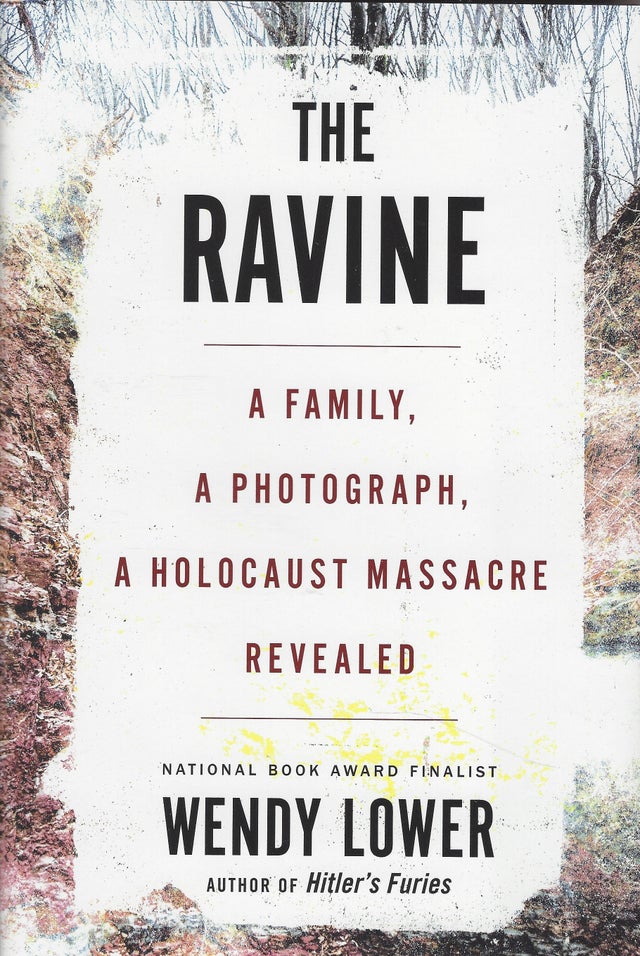 The Ravine: A Family, a Photograph, a Holocaust Massacre Revealed by Wendy Lower

The Ravine: A Family, a Photograph, a Holocaust Massacre Revealed by Wendy Lower

In 2009, the acclaimed author of Hitler's Furies was shown a photograph just brought to the United States Holocaust Memorial Museum. The documentation of the Holocaust is vast, but there are virtually no images of a Jewish family at the actual moment of the murder, in this case by German officials and Ukrainian collaborators. A Ukrainian shooter's rifle is inches from a woman's head, obscured in a cloud of smoke. She is bending forward, holding the hand of a barefoot little boy. And -- only one of the shocking revelations of Wendy Lower's brilliant ten-year investigation of this image -- the photograph reveals the shins of another child, slipping from the woman's lap.

Wendy Lower's forensic and archival detective work -- in Ukraine, Germany, Slovakia, Israel, and the United States -- recovers astonishing layers of detail concerning the open-air massacres in Ukraine. The identities of mother and children, of the killers -- and, remarkably, of the Slovakian photographer who openly took the image, as a secret act of resistance -- are dramatically uncovered. Finally, in the hands of this exceptional scholar, a single image unlocks a new understanding of the place of the family unit in the ideology of Nazi genocide.