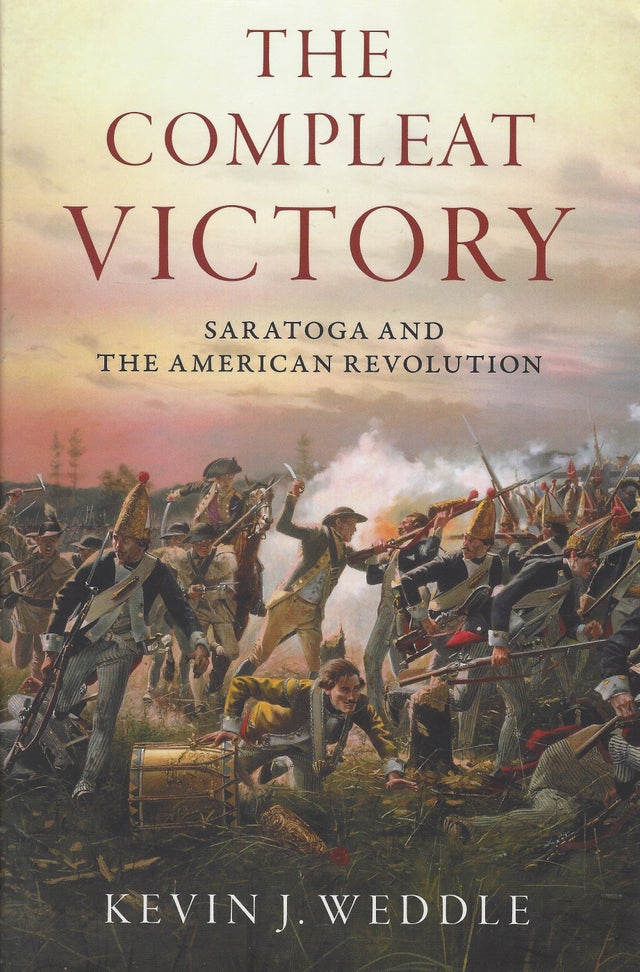 The Compleat Victory: Saratoga and the American Revolution by Kevin J. Weddle

The Compleat Victory: Saratoga and the American Revolution by Kevin J. Weddle

In the late summer and fall of 1777, after two years of indecisive fighting, the outcome of the American War of Independence hung in the balance. Having successfully expelled the Americans from Canada in 1776, the British were determined to end the rebellion in the colonies the following year and devised what they believed was a war-winning plan, sending General John Burgoyne south to crush the Americans and take Albany.

In July of 1777, the British captured Fort Ticonderoga, the critically important American fortress located in the southern straits of Lake Champlain. It seemed a matter of time before they broke the Patriots in the North. In October, some three months later, a combined force of Continental Army regulars and militia irregulars, commanded by Major General Horatio Gates and inspired by the heroics of Benedict Arnold, forced Burgoyne to surrender his entire army. What happened in Saratoga stunned the world and altered the course of the war.

Kevin J. Weddle offers the most authoritative account of Saratoga to date, showing with verve and clarity how and why events unfolded in the way they did. In the end, British plans were undone by a combination of distance, geography, logistics, and faulty strategy -- in addition to hubris and a serious underestimation of American leadership, determination, and fighting ability. Taking Ticonderoga with unexpected ease had misled Burgoyne and his army into thinking eventual victory was assured. Saratoga, which began as a British foraging expedition, turned into a rout. The one-sided nature of it forced the British to rethink their entire policy in North America, inflamed public opinion in England against the war, boosted Patriot morale, and, perhaps most critical of all, led directly to the Franco-American alliance that ended the conflict.

Weddle's definitive and immersive book on this pivotal campaign brilliantly illuminates the web of contingencies and play of personalities that contributed to what one American general at the time called "the Compleat Victory."