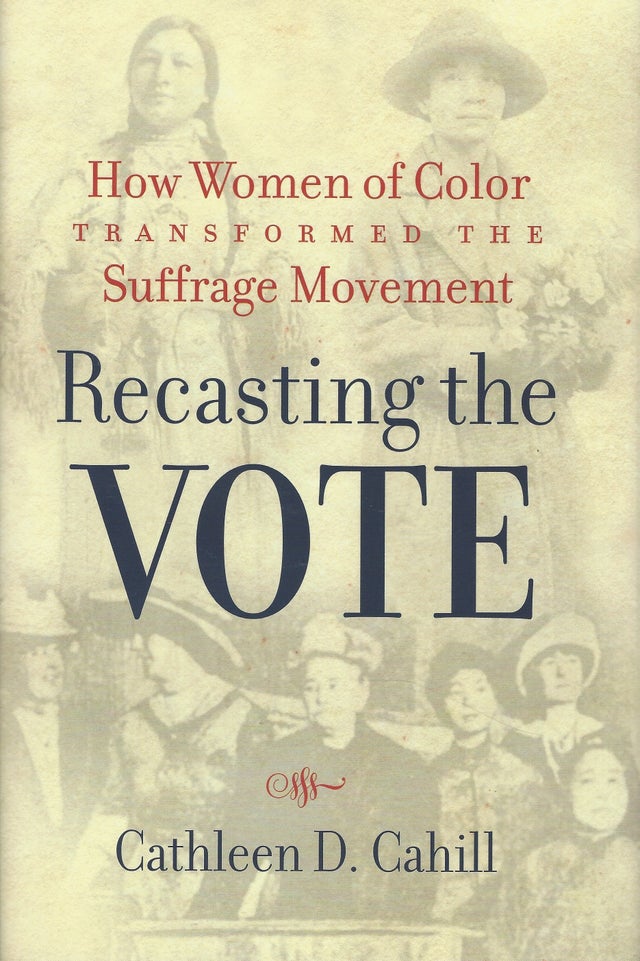 Recasting the Vote: How Women of Color Transformed the Suffrage Movement by Cathleen D. Cahill

Recasting the Vote: How Women of Color Transformed the Suffrage Movement by Cathleen D. Cahill

We think we know the story of women's suffrage in the United States: women met at Seneca Falls, marched in Washington, D.C., and demanded the vote until they won it with the ratification of the Nineteenth Amendment. But the fight for women's voting rights extended far beyond these familiar scenes. From social clubs in New York's Chinatown to conferences for Native American rights, and in African American newspapers and pamphlets demanding equality for Spanish-speaking New Mexicans, a diverse cadre of extraordinary women struggled to build a movement that would truly include all women, regardless of race or national origin.

In Recasting the Vote, Cathleen D. Cahill tells the powerful stories of a multiracial group of activists who propelled the national suffrage movement toward a more inclusive vision of equal rights. Cahill reveals a new cast of heroines largely ignored in earlier suffrage histories: Marie Louise Bottineau Baldwin, Gertrude Simmons Bonnin (Zitkala-Sa), Laura Cornelius Kellogg, Carrie Williams Clifford, Mabel Ping-Hua Lee, and Adelina "Nina" Luna Otero-Warren. With these feminists of color in the foreground, Cahill recasts the suffrage movement as an unfinished struggle that extended beyond the ratification of the Nineteenth Amendment.

As we celebrate the centennial of a great triumph for the women's movement, Cahill's powerful history reminds us of the work that remains.