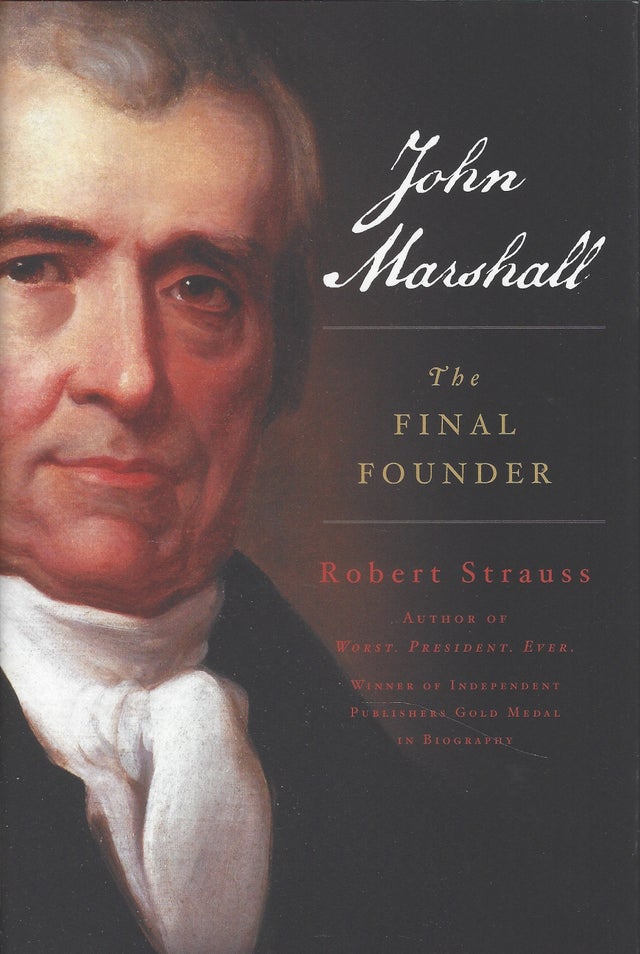 Eighteenth- and nineteenth-century contemporaries believed Marshall to be if not the equal of George Washington and Benjamin Franklin, at least very close to that pantheon.

John Marshall: The Final Founder demonstrates that Marshall can be considered one of those Founding Fathers and that what he did as the Chief Justice was not just significant, but the glue that held the union together after the original founding days. The Supreme Court met in the basement of the new Capitol building in Washington when Marshall took over, which demonstrates what the executive and legislative branches thought of the judiciary.

This book advocates a change in the view of when the "founding" of the United States ended. That has long been thought of in one or the other of the signing of the Constitution, the acceptance of the Bill of Rights, or the beginning of the Washington presidency. John Marshall pushes that forward to the peaceful change of power from Federalist to Democrat-Republican and, especially, Marshall's singular achievement -- to move the Court from the basement and truly make it Supreme.