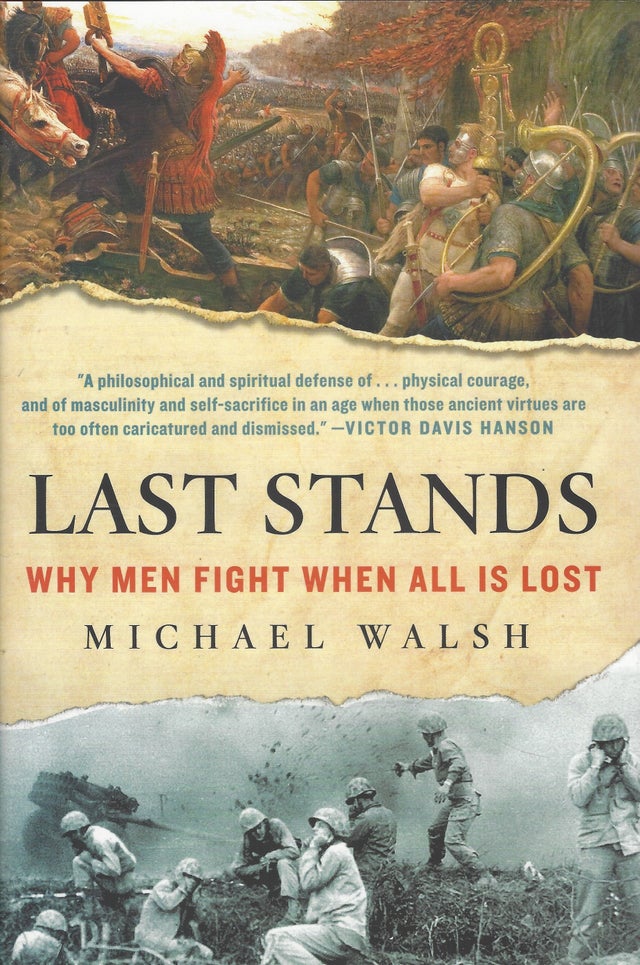 Last Stands: Why Men Fight When All Is Lost by Michael Walsh

Last Stands: Why Men Fight When All Is Lost by Michael Walsh

In our time, men are increasingly denied their heritage as warriors. A survival instinct that's part of the human condition, the drive to wage war is natural. Without war, neither the United States nor any other country would exist. The technology that has eased manual labor, extended life spans, and become an integral part of our lives and culture has often evolved from wartime scientific advancements. War is necessary to defend the social and political principles that define the virtues and freedoms of America and other Western nations. We should not be ashamed of the heroes who sacrificed their lives to build a better world. We should honor them.

The son of a Korean War veteran of the Inchon landing, the battle of the Chosin Reservoir with the U.S. Marine Corps, Michael Walsh knows all about heroism, valor, and the call of duty that requires men to fight for something greater than themselves to protect their families, countrymen, and most of all their fellow soldiers. In Last Stands, Walsh reveals the causes, outcomes, and lasting legacies of more than a dozen battles in which a small fighting force refused to surrender to a far larger force, often dying to the last man.

From the Spartans' defiance at Thermopylae and Roland's epic defense of Charlemagne's rearguard at Roncevaux Pass, through Santa Anna's siege of the Alamo -- defended by Davy Crockett and Jim Bowie -- to the clash at the Little Big Horn between Crazy Horse's Sioux Nation and George Armstrong Custer's Seventh Cavalry, to the Soviets' titanic struggle against the German Wehrmacht at Stalingrad, and more. Walsh reminds us of the debt we owe to heroes willing to risk their lives against overwhelming odds -- and how these sacrifices and battles are not only a part of military history but also of our common civilizational heritage.