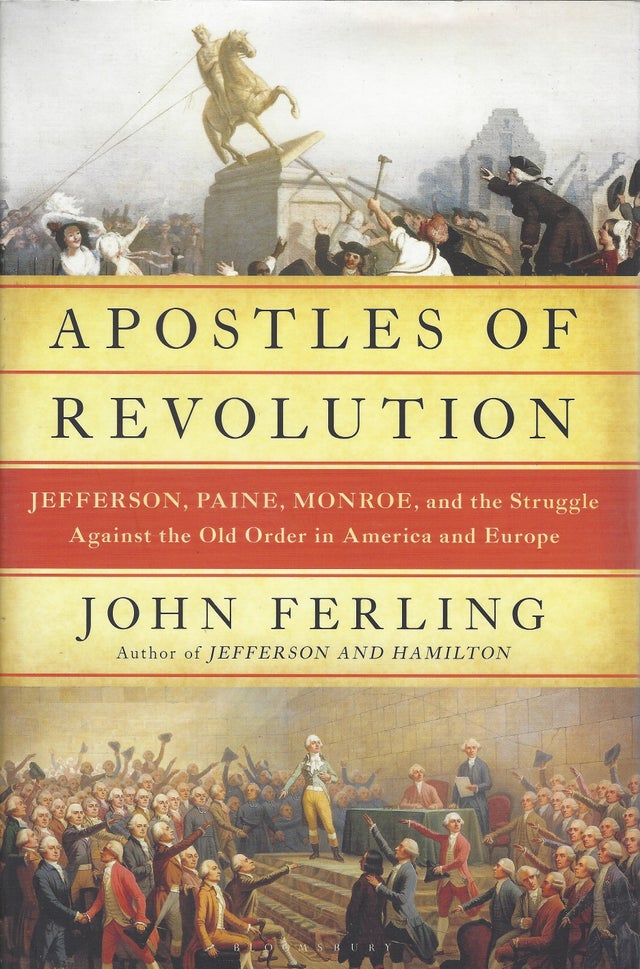 Apostles of Revolution: Jefferson, Paine, Monroe, and the Struggle Against the Old Order in America and Europe by John Ferling

Apostles of Revolution: Jefferson, Paine, Monroe, and the Struggle Against the Old Order in America and Europe by John Ferling

Thomas Jefferson, Thomas Paine, and James Monroe were in the vanguard of Revolutionary ideas in the eighteenth century. As founding fathers, they risked their lives for American independence but they also wanted more. Each wished for profound changes in the political and social fabric of pre-1776 America and hoped that the American Revolution would spark republican and egalitarian revolutions throughout Europe, sweeping away the old monarchical order. Ultimately, each rejoiced at the opportunity to be a part of the French Revolution, though each grew disappointed as the cause gave way to the bloody Reign of Terror.

Apostles of Revolution spans a crucial period in Western Civilization ranging from the American insurgency against Great Britain to the Declaration of Independence, from desperate engagements on American battlefields to the threat posed to the ideals of the Revolution by the Federalist Party. With the French Revolution devolving into carnage and unrelenting warfare in the background, the era culminates with the "Revolution of 1800" -- Jefferson's election as president.

Written as a sweeping narrative of a pivotal epoch, Apostles of Revolution captures the turbulent spirit of the times and the personal dangers experienced by Jefferson, Paine, and Monroe. It reminds us that the liberty we take for granted is ours only because we, both champions and common citizens, have fought for it.