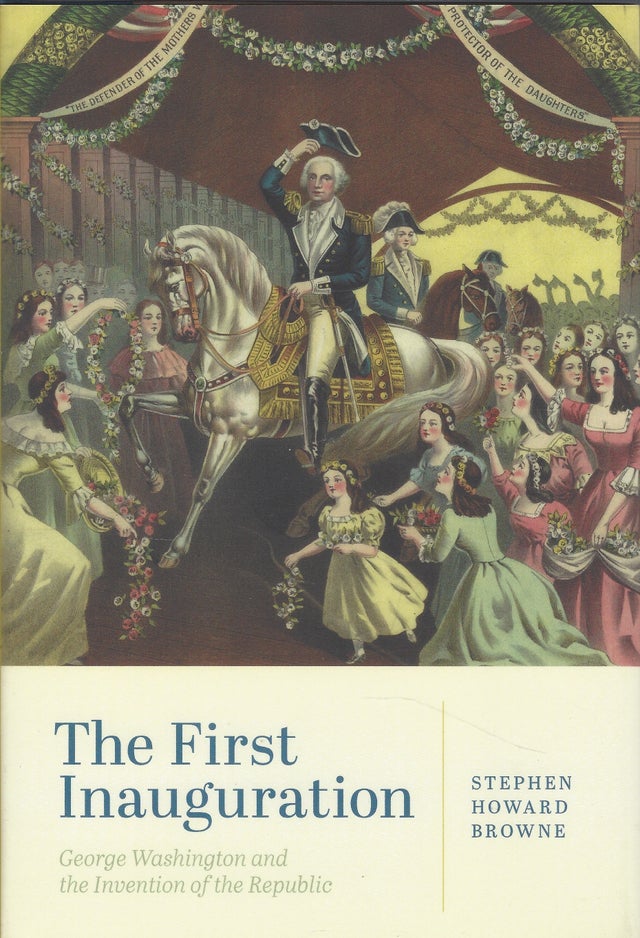 The First Inauguration: George Washington and the Invention of the Republic by Stephen Howard Browne

The First Inauguration: George Washington and the Invention of the Republic by Stephen Howard Browne

"Among the vicissitudes incident to life, no event could have filled me with greater anxieties than that of which the notification was transmitted by your order, and received on the fourteenth day of the present month." With these words to the assembled members of the Senate and House of Representatives on April 30, 1789, George Washington inaugurated the American experiment. It was a momentous occasion and an immensely important moment for the nation. Never before had a people dared to invent a system of government quite like the one that Washington was preparing to lead, and the tensions between hope and skepticism ran high.

In this book, distinguished scholar of early America Stephen Howard Browne chronicles how the efforts of the first president of the United States of America united the nation through ceremony, celebrations, and oratory. The story follows Washington on his journey from Mount Vernon to the site of the inauguration in Manhattan, recounting the festivities -- speeches, parades, dances, music, food, and flag-waving -- that greeted the president-elect along the way. Considering the persuasive power of this procession, Browne captures in detail the pageantry, anxiety, and spirit of the nation to arrive at a more nuanced and richly textured perspective on what it took to launch the modern republican state.

Compellingly written and artfully argued, The First Inauguration tells the story of the early republic -- and of a president who, by his words and comportment, remains a model of leadership and democratic governance today.