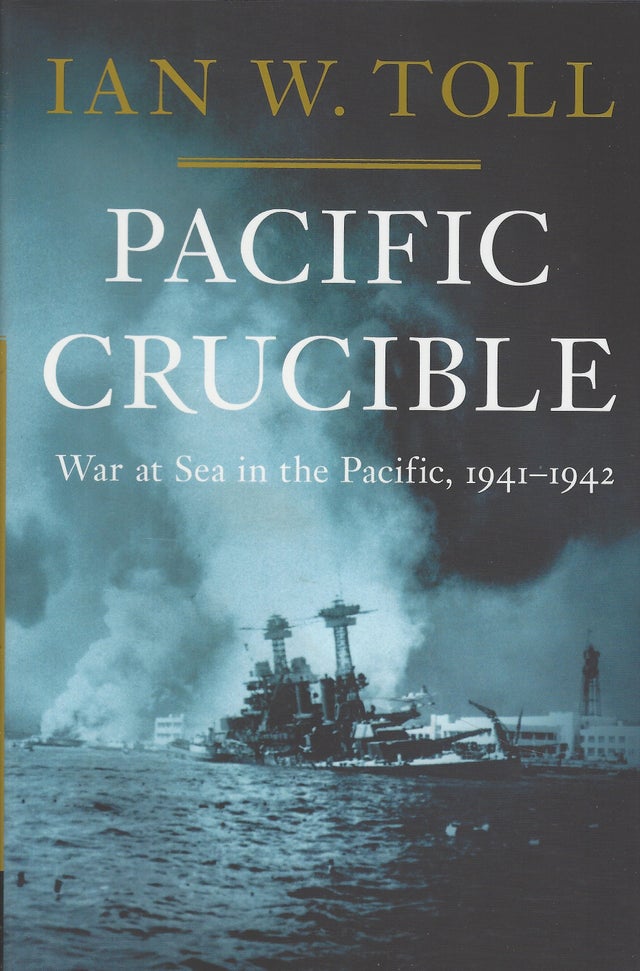 On the first Sunday in December 1941, an armada of Japanese warplanes appeared suddenly over Pearl Harbor, Hawaii, and devastated the U.S. Pacific Fleet. Six months later, in a sea-fight north of the tiny atoll of Midway, four Japanese aircraft carriers were sent into the abyss, a blow that destroyed the offensive power of their fleet. Pacific Crucible tells the epic tale of these first searing months of the Pacific war when the U.S. Navy shook off the worst defeat in American military history and seized the strategic initiative.

This dramatic narrative, relying predominantly on eyewitness accounts and primary sources, is laced with riveting details of heroism and sacrifice on the stricken ships and planes of both navies. At the war's outset, Japan's pilots and planes enjoyed a clear-cut superiority to their American counterparts, but there was a price to be paid. Japanese pilots endured a lengthy and grueling training in which they were disciplined with baseball bats, often suffering broken bones; and the production line of the Zero -- Japan's superbly maneuverable fighter plane -- ended not at a highway or railhead but at a rice paddy, through which the planes were then hauled on ox carts. Combat losses, of either pilots or planes, could not be replaced in time to match the fully mobilized American war machine.

Pacific Crucible also spotlights recent scholarship that revises our understanding of the conflict, including the Japanese decision to provoke a war that few in their highest circles thought they could win. Those doubters included the flamboyantly brilliant Admiral Isokoru Yamamoto, architect of the raid on Pearl and the Midway offensive.

Once again, Ian W. Toll proves himself to be a simply magnificent writer. The result here is a page-turning history that does justice to the breadth and depth of a tremendous subject.