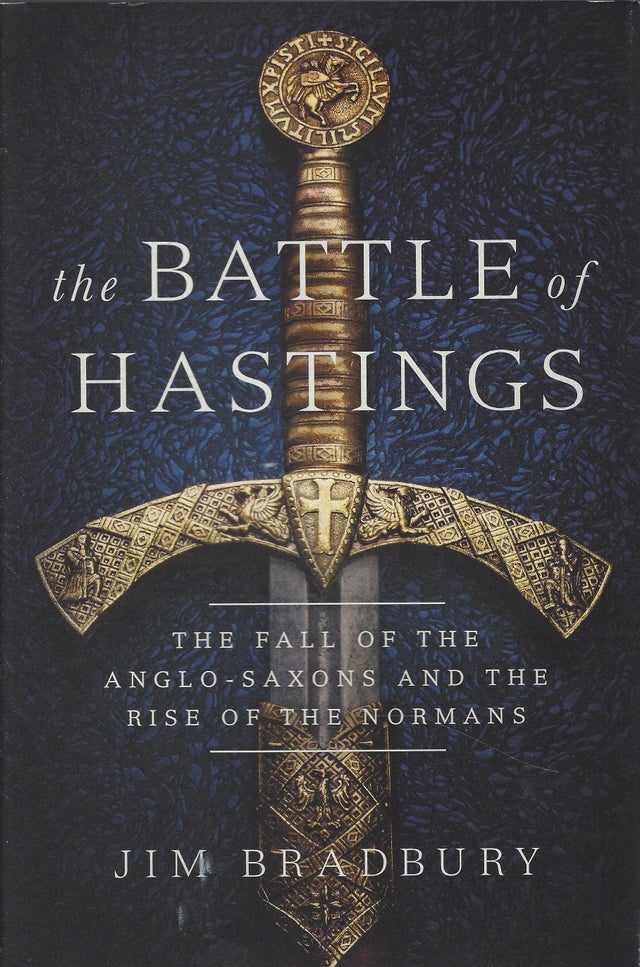 The Battle of Hastings: The Fall of the Anglo-Saxons and the Rise of the Normans by Jim Bradbury

The Battle of Hastings: The Fall of the Anglo-Saxons and the Rise of the Normans by Jim Bradbury

The consequences of the Battle of Hastings were deeply felt at the time, causing a lasting shift in English cultural identity and national pride. This new book explores the full military background of the battle and investigates both what actually happened on that fateful day in 1066 -- and the role that the battle plays in the British national myth.

The Battle of Hastings starts by looking at the Normans -- who they were, where they came from -- and the career of William the Conqueror before 1066. Next, the narrative turns to the Saxons in England, and to Harold Godwinson, successor to Edward the Confessor, and his attempts to create unity in the divided kingdom. This provides the background to an examination of the military development of the two sides up to 1066, detailing differences in tactics, arms, and armor. The core of the book is a move-by-move reconstruction of the battle itself.

In looking at the consequences of the battle, Jim Bradbury deals with the conquest of England and the ongoing resistance to the Normans. The effects of the conquest are also seen in the creation of castles and developments in feudalism, and in links with Normandy that revealed themselves, particularly in church appointments.

This is the first time a military historian has attempted to make accessible to the general reader all that is known about the Battle of Hastings and to present as detailed a reconstruction as is possible, delivering a story that any reader interested in England's history will find indispensable.