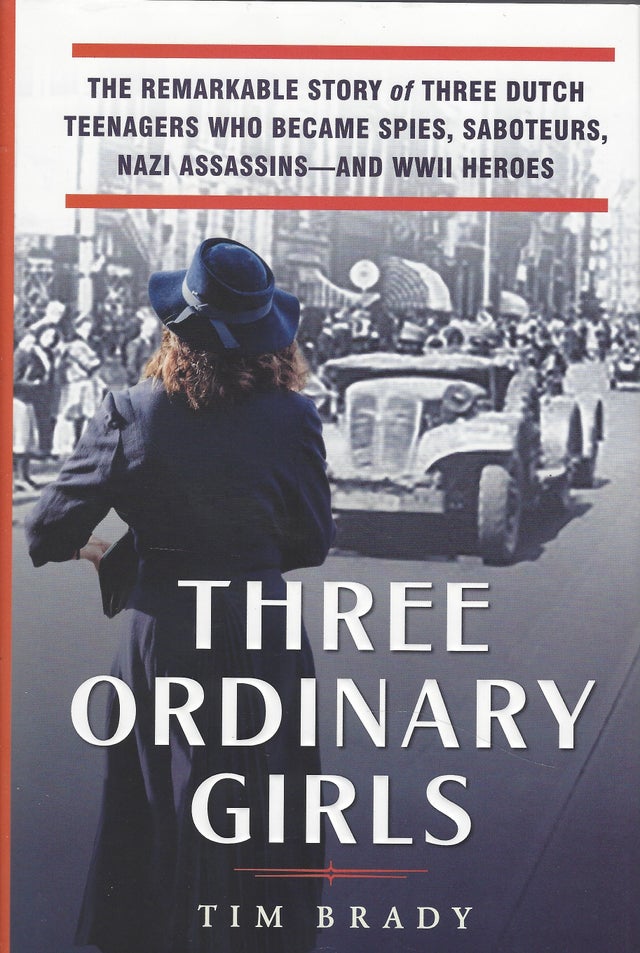 May 10, 1940. The Netherlands was swarming with Third Reich troops. In seven days it's entirely occupied by Nazi Germany. Joining a small resistance cell in the Dutch city of Haarlem were three teenage girls: Hannie Schaft, and sisters Truus and Freddie Oversteegen who would soon band together to form a singular female underground squad.

Smart, fiercely political, devoted solely to the cause, and "with nothing to lose but their own lives," Hannie, Truus, and Freddie took terrifying direct action against Nazi targets. That included sheltering fleeing Jews, political dissidents, and Dutch resisters. They sabotaged bridges and railways and donned disguises to lead children from probable internment in concentration camps to safehouses. They covertly transported weapons and set military facilities ablaze. And they carried out the assassinations of German soldiers and traitors -- on public streets and in private traps -- with the courage of veteran guerrilla fighters and the cunning of seasoned spies.

In telling this true story through the lens of a fearlessly unique trio of freedom fighters, Tim Brady offers a never-before-seen perspective of the Dutch resistance during the war. Of lives under threat; of how these courageous young women became involved in the underground; and of how their dedication evolved into dangerous, life-threatening missions on behalf of Dutch patriots -- regardless of the consequences.