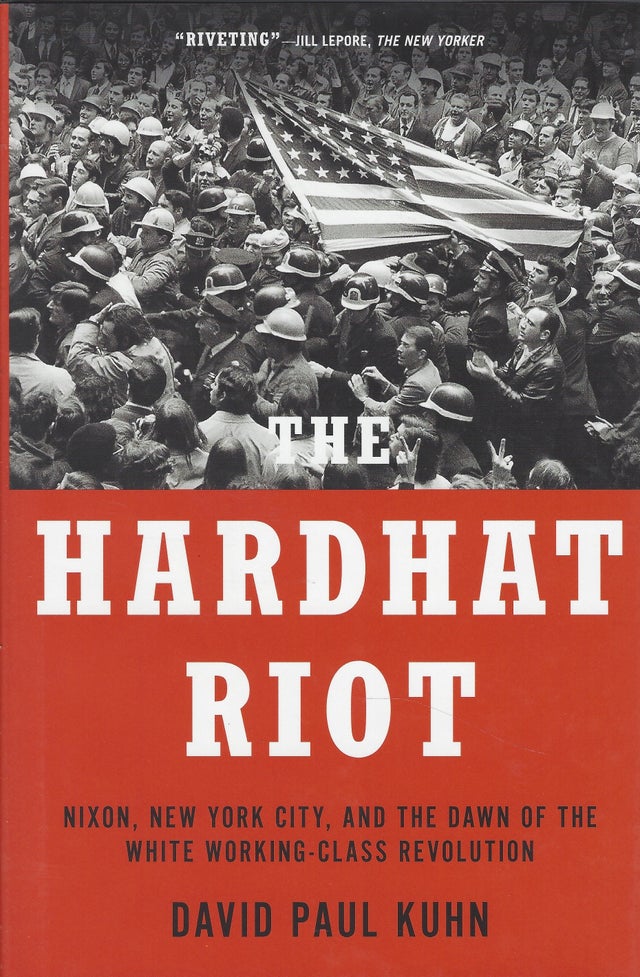 The Hardhat Riot: Nixon, New York City, and the Dawn of the White Working-Class Revolution by David Paul Kuhn

The Hardhat Riot: Nixon, New York City, and the Dawn of the White Working-Class Revolution by David Paul Kuhn

In May 1970, four days after Kent State, construction workers chased students through downtown Manhattan, beating scores of protesters bloody. As hardhats clashed with hippies, it soon became clear that something larger was underway -- Democrats were at war with themselves. In The Hardhat Riot, David Paul Kuhn tells the fateful story of when the white working class first turned against liberalism, when Richard Nixon seized the breach, and America was forever changed. It was unthinkable one generation before: FDR's "forgotten man" siding with the party of Big Business and, ultimately, paving the way for presidencies from Ronald Reagan to Donald Trump.

This is the story of the schism that tore liberalism apart. In the shadow of the half-built Twin Towers, on the same day, the Knicks rallied against the odds and won their first championship, we experience the tumult of Nixon's America and John Lindsay's New York City, as festering division explodes into violence and Nixon's advisors realize that the Democratic coalition has collapsed, that this is their change, because "these, quite candidly, are our people now."

In this riveting story -- rooted in meticulous research, including thousands of pages of never-before-seen records -- we go back to a harrowing day that explains the politics of today. We experience an emerging class conflict between two newly polarized Americas, and how it all boiled over on one brutal day when the Democratic Party's future was bludgeoned by its past.