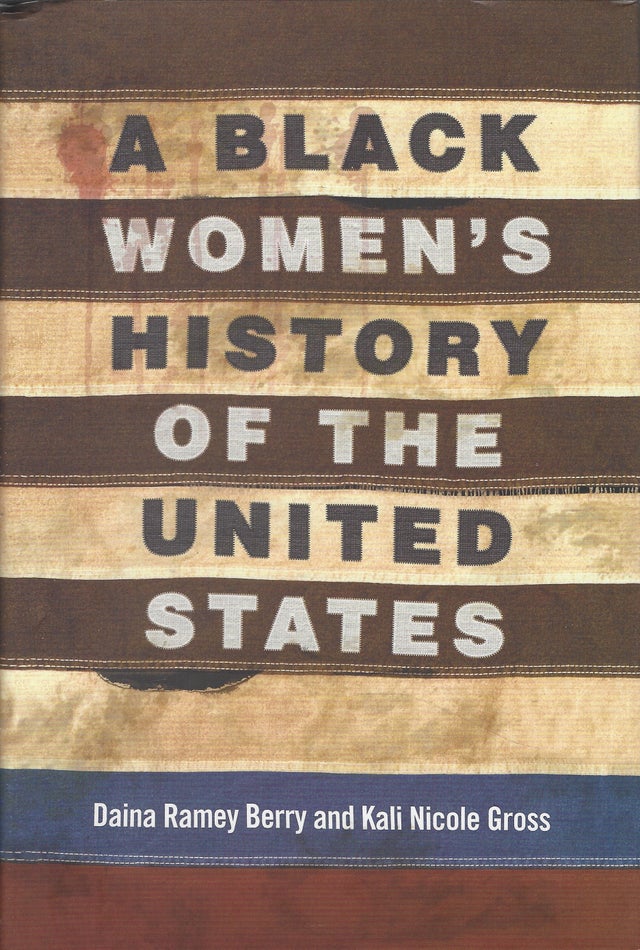 Though it is unbeknownst to many, women of African descent arrived in what would become the United States of America as early as the sixteenth century. Black women's history is expansive, dating back before the arrival of African captives on these shores, and Black women remain at the center of shaping our country.

Daina Ramey Berry and Kali Nicole Gross, two award-winning historians, have compiled over four hundred years of Black women's stories, highlighting the versatility of their experiences and celebrating Blak womanhood, and Black women's resilience, from past to present. The authors seek both to empower Black women and to show their allies that Black women's unique ability to make their own communities -- while combatting centuries of oppression -- is an essential component of the continued resistance to systemic racism and sexism.

A Black Women's History of the United States reaches far beyond a single narrative to showcase Black women's lives in all their fraught complexities. Berry and Gross prioritize many voices: enslaved women, freedwomen, religious leaders, artists, queer women, activists, and women who lived outside the law. The result is a starting point for exploring Black women's history and a testament to the beauty, richness, rhythm, joy, tragedy, heartbreak, rage, and enduring love that abounds in the spirit of Black women in communities throughout the nation. To understand Black women's history is to know America's history.