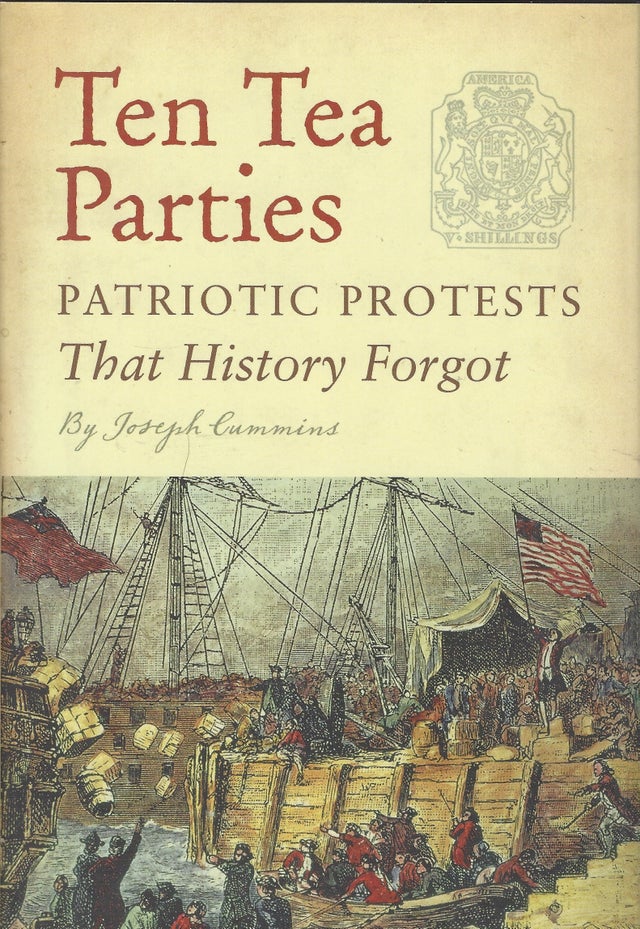 Everyone knows the story of the Boston Tea Pary -- in which colonists stormed three British ships and dumped 92,000 pounds of tea into Boston Harbor. But do you know the history of the Philadelphia Tea Party (December 1773)? How about the York, Maine Tea Party (September 1774) or the Wilmington, North Carolina Tea Party (March 1775)?

Ten Tea Parties is the first book to chronicle all these uniquely American protests. Author and historian Joseph Cummins begins with the history of the East India Company (the biggest global corporation in the eighteenth century) and their staggering financial losses during the Boston Tea Party (more than a million dollars in today's money).

From there we travel to Philadelphia, where Captain Samuel Ayres was nearly tarred and feathered by a mob of 8,000 angry patriots. Then we set sail for New York City, where the Sons of Liberty raided the London and heaved 18 chests of tea into the Hudson River. Still later, in Annapolis, Maryland, a brigantine carrying 2,320 pounds of the "wretched weed" was burned to ashes.

Together the stories in Ten Tea Parties illuminate the power of Americans banding together as Americans -- for the very first time in the fledgling nation's history. It's no wonder these patriots remain an inspiration to so many people today.

THIS IS A BRAND NEW "CLOSEOUT/REMAINDER." THERE IS A RED MARK ON THE BOTTOM PAGE EDGES.