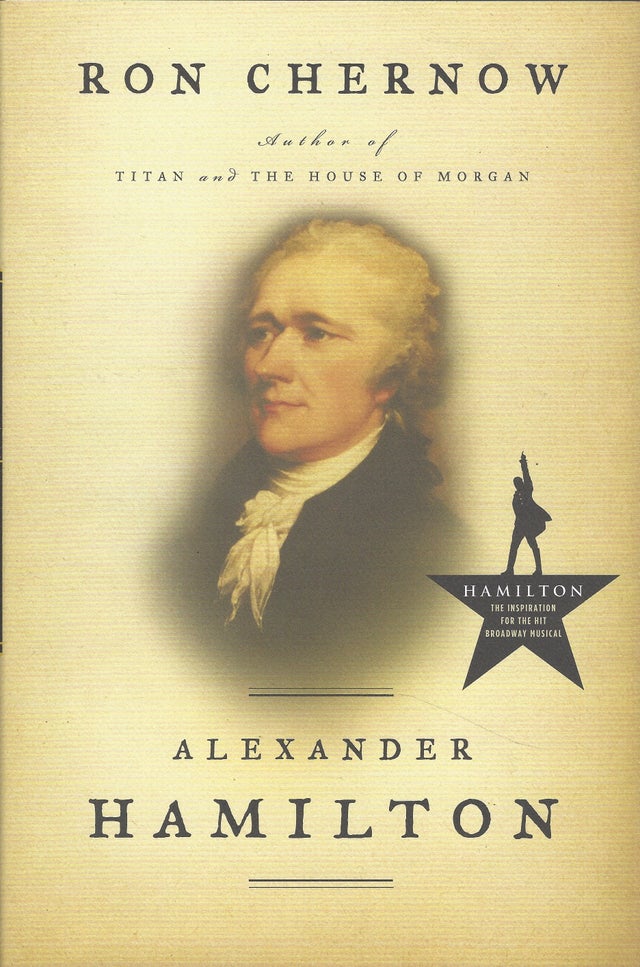 Ron Chernow, whom The New York Times has called "as elegant an architect of monumental histories as we've seen in decades," brings to startling life the man who was the principal designer of the federal government, the catalyst for the emergence of the two-party system, the patron saint of Wall Street, and the object of ardent idolatry as well as vehement loathing by his peers. Alexander Hamilton was arguably the most important figure in American history who never attained the presidency, but he had a far more lasting impact than many who did.

An illegitimate, largely self-taught orphan from the Caribbean, Hamilton rose with stunning speed to become George Washington's aide-de-camp, a battlefield hero, a member of the Constitutional Convention, the leading author of The Federalist Papers, and head of the Federalist party. As the first treasury secretary, he forged America's tax and budget systems, Customs Service, Coast Guard, and central bank. With masterful storytelling skills, Chernow offers the whole sweep of Hamilton's turbulent life; his exotic, brutal upbringing; his brilliant military, legal, and financial exploits; his titanic feuds with Jefferson, Madison, Adams, and Monroe; his shocking illicit romances; his enlightened abolitionism; and his famous death in a duel with Aaron Burr in July 1804.

Throughout, Chernow blends Hamilton's public and private selves to present a fully rounded portrait of this handsome, witty, controversial genius and his poignant relations with his wife, Eliza, and their eight children. Hamilton's countless exploits never cramped his prolific literary labors. Chernow brings to light nearly fifty previously undiscovered essays as he explores Hamilton's fiery journalism, his youthful poetry, his magisterial state papers, and his revealing missives to colleagues and friends. Moreover, he conjures up richly nuanced portraits of Hamilton's celebrated peers. Here are Washington, Adams, Jefferson, Madison, Monroe, and Burr as they have seldom been seen before, with all their shortcomings as well as their oft-sung triumphs. This engrossing narrative dispels the stereotype of the founding fathers as quaint wooden figures and shows that, for all their greatness, they were passionate fallible human beings.

Alexander Hamilton figured prominently in almost every major political episode of late-eighteenth-century America. He was so pivotal in the nation's early years that his absorbing saga, rendered in Chernow's vivid prose, offers a riveting account of America's founding era from the Revolutionary War to the formation of the first federal government and beyond.