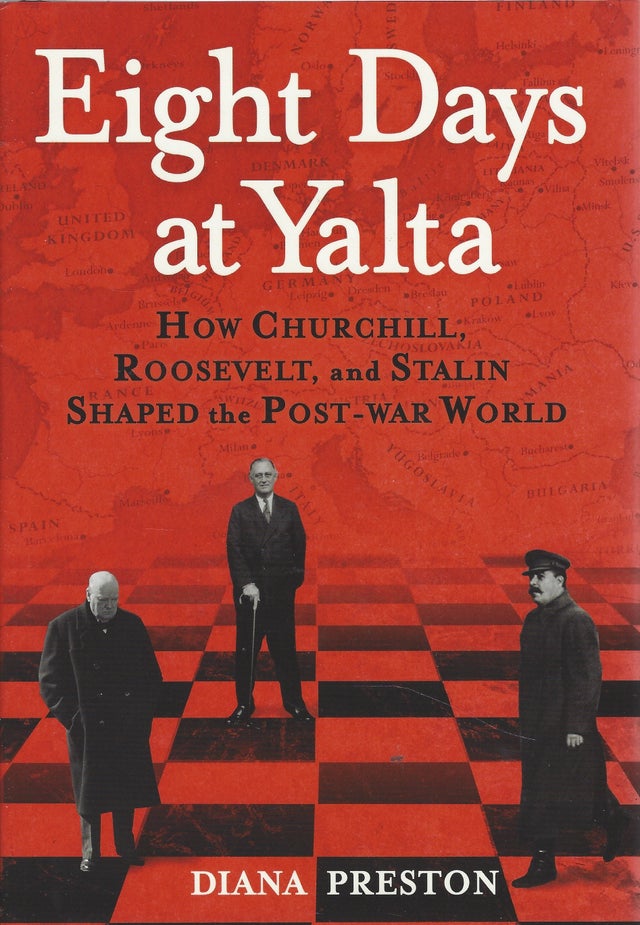 While some of the last battles of WWII were being fought, U.S. President Franklin Roosevelt, British Prime Minister Winston Churchill, and Soviet Premier Joseph Stalin -- the so-called "Big Three" -- met from February 4-11, 1945 in the Crimean resort town of Yalta. Over eight days of bargaining, bombast, and intermittent bonhomie, while Soviet soldiers and NKVD men patrolled the grounds of the three palaces occupied by their delegations, they decided, among other things, on the endgame of the war against Nazi Germany and how a defeated and occupied Germany should be governed, on the constitution of the nascent United Nations, on the price of Soviet entry into the war against Japan, on the new borders of Poland, and on spheres of influence elsewhere in Eastern Europe, the Balkans, and Greece.

With the deep insight of a skilled historian, drawing on the memorable accounts of those who were there -- from the leaders and high-level advisors such as Averell Harriman, Anthony Eden, and Andrei Gromyko, to Churchill's clear-eyed secretary Marian Holmes and FDR's insightful daughter Anna Boettiger -- Diana Preston has, on the seventy-fifth anniversary of this historic event, crafted a masterful and vivid chronicle of the conference that created the post-war world, out of which came decisions that still resonate loudly today.

Ever since, who "won" Yalta has been debated. Three months after the conference, Roosevelt was dead, and right after Germany's surrender, Churchill wrote to the new president, Harry Truman, of "an iron curtain" that was now "drawn upon [the soviets] front." Knowing his troops controlled eastern Europe, Stalin's judgment in April 1945 thus speaks volumes: "Whoever occupies a territory also imposes on it his own social system."