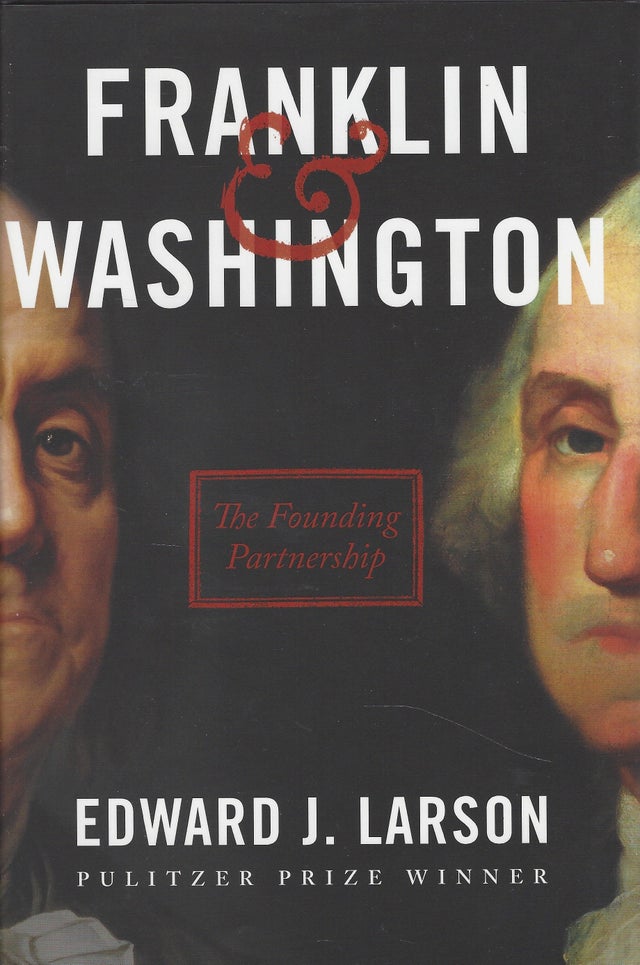 Theirs was a three-decade-long bond that, more than any other pairing, would forge the United States. Vastly different men, Benjamin Franklin -- an abolitionist freethinker from the urban north -- and George Washington -- a slaveholding general from the agrarian south -- were the indispensable authors of American independence and the two key partners in the attempt to craft a more perfect union at the Constitutional Convention, held in Franklin's Philadelphia and presided over by Washington. And yet their teamwork has been little remarked upon in the centuries since.

Illuminating Franklin and Washington's relationship with striking new detail and energy, Pulitzer Prize-winning historian Edward J. Larson shows that theirs was truly an intimate working friendship that amplified the talents of each for collective advancement of the American project.

During the French and Indian War, Franklin supplied the wagons for General Edward Braddock's ill-fated assault on Fort Duquesne, and Washington buried the general's body under the dirt road traveled by those retreating wagons. After long supporting British rule, both became key early proponents of independence. Rekindled during the Second Continental Congress in 1775, their friendship gained historical significance during the American Revolution, when Franklin led America's diplomatic mission in Europe (securing money and an alliance with France) and Washington commanded the Continental Army. Victory required both of these efforts to succeed, and success, in turn, required their mutual coordination and cooperation. In the 1780s, the two sought to strengthen the union, leading to the framing and ratification of the Constitution, the founding document that bears their stamp.

Franklin and Washington -- the two most revered figures in the early republic -- staked their lives and fortunes on the American experiment in liberty and were committed to its preservation. Today the United States is the world's great superpower, and yet we also wrestle with the government Franklin and Washington created more than two centuries ago -- the power of the executive branch, the principle of checks and balances, the electoral college -- as well as the wounds of their compromise over slavery. Now, as the founding institutions appear under new stress, it is time to understand their origins through the fresh lens of Larson's Franklin & Washington, a major addition to the literature of the founding era.