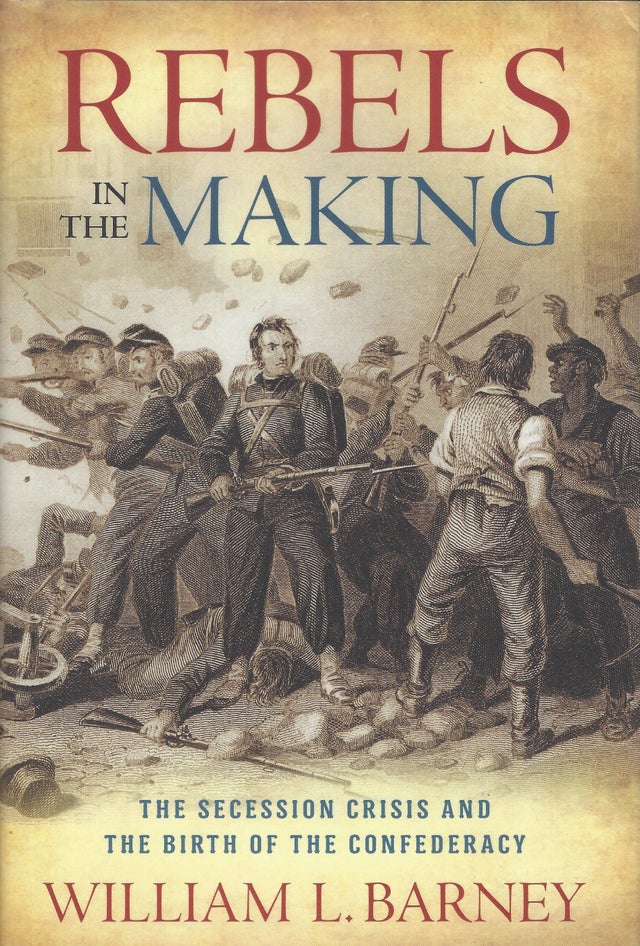 Regardless of whether they owned slaves, Southern whites lived in a world defined by slavery. They seceded from the Union to defend that world when they viewed the election of Abraham Lincoln as a threat to slavery.

Rebels in the Making is a narrative-driven history of how and why secession occurred. In this work, eminent Civil War historian William L. Barney narrates the explosion of the sectional conflict into secession and civil war. Carefully examining the events and political circumstances in each of the fifteen slave states, he argues that this was not a mass democratic movement but one led from above. The work focuses on the years of 1860-1861 when the sectional conflict led to the break-up of the Union. Exploiting fears of slave insurrections, anxieties over crops ravaged by a long drought, and the perceived moral degradation of submitting to the rule of an antislavery Republican, secessionists launched a movement in South Carolina that spread across the South in a frenzied atmosphere described as the great excitement. Secession swept over the Lower South in January of 1861 but stalled in the Upper South. The driving forces behind it were the middling ranks of the slaveholders who saw their aspirations of planter status blocked and denigrated by the Republicans. Pushed aside by moderates and former conservatives at the Montgomery Convention in February 1861 that formed the Confederacy, the original secessionists achieved a final success when the crisis over Fort Sumter precipitated a second wave of secession in the Upper South.

Rebels in the Making shows that secession was not a unified movement, but had its own proponents and patterns in each of the slave states. Drawing together the voices of planters, non-slaveholders, women, the enslaved, journalists, and politicians, it is the definitive study of the seminal moment in Southern history that culminated in the Civil War.