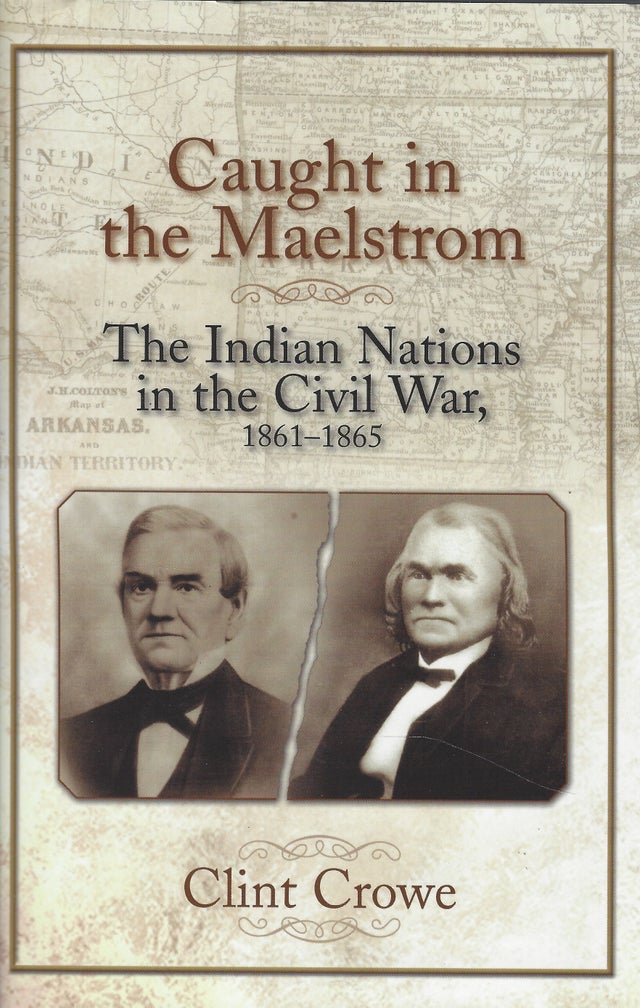 The sad plight suffered by the Five Civilized Tribes -- the Cherokee, Choctaw, Chickasaw, Creek (Muscogee), and Seminole -- during the American Civil War is both horrific and mostly overlooked in the literature. From 1861 - 1865, these Indians chose sides and fought for the Union or Confederacy while also fighting their own bloody civil war on lands surrounded by Kansas, Arkansas, and Texas. Clint Crowe captures the complexities and importance of this war within a war and how it affected the surrounding states in the Trans-Mississippi West and the course of the broader conflict in Caught in the Maelstrom.

The onset of the Civil War exacerbated the divergent politics of the five tribes and resulted in the Choctaw and Chickasaw contributing men for the Confederacy and the Seminoles contributing soldiers for the Union. The Creeks were divided in their loyalties between the Union and the Confederacy. The internal war split apart the Cherokee nation between those who followed Stand Watie, a brigadier general in the Confederate Army, and John Ross, who threw his majority support behind the Union cause. Union and Confederate authorities played on these divisions within the tribes to further their own strategic goals by enlisting men, signing treaties, encouraging bloodshed, and even using the hard hand of war to turn a profit at the expense of starving men, women, and children.

Crowe's well-written study is grounded upon a plethora of archival resources, newspapers, diaries, letter collections, and other accounts and reinforced by original maps and photographs. His coverage includes deft descriptions of the leading personalities, battles, and the petty politics that affected so much in this bloody region, and concludes with the postwar meetings and treaties that forever altered the course of so many lives. Caught in the Maelstrom examines every facet of this complex and fascinating story in a manner sure to please the most demanding reader.