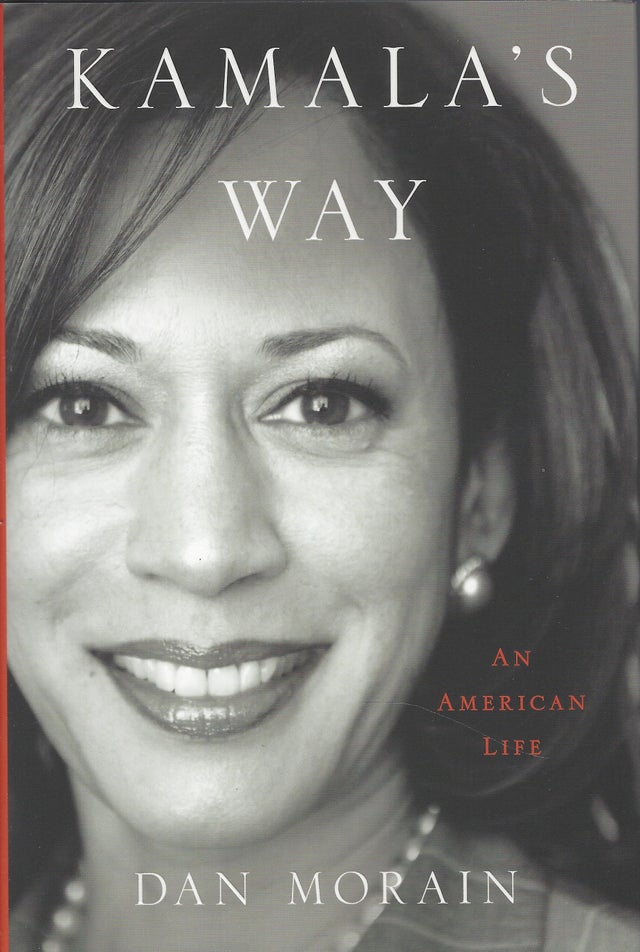 She and her younger sister were raised by a single mother, a no-nonsense cancer researcher who emigrated from India at the age of nineteen in search of a better education. Harris's mother and her father, an accomplished Jamaican-born economics professor, split up when Harris was only five. From both her parents she inherited a sense of social justice. From her mother: a work ethic, an attention to detail, and most of all, a talent for getting around closed doors.

From her modest beginnings in Oakland through her activist days at Howard University, Harris grew up to be tough, smart, quick-witted and demanding -- both a formidable prosecutor known for her lethal one-liners and a politician deft at managing California's split-personality culture. Veteran journalist Dan Morain watched her ascent over his twenty-five years covering the state of California and delivers the first in-depth biography of her exceptional journey.

You'll meet Harri the shrewd strategist, not afraid to play hardball in California's sharp-elbowed politics but also capable of pulling her punches when it suited her. A longtime opponent of the death penalty, she refused to pursue it against a cop killer, but then twice refused to take a stand against it when it was on the California ballot.

You'll meet Harris the twenty-nine-year-old who entered into a relationship with Assembly Speaker Willie Brown, a man thirty years her senior and one of the most powerful men in the state. It was a relationship that would open doors, but one that she would also later describe as "an albatross."

You'll discover Harris the risk-taker, who made the bold decision to run for the United States Senate just five years into her tenure as attorney general -- and to embrace Barack Obama's candidacy when he was just a long shot.

And you'll meet Harris the comeback queen, as Morain dissects her failure as a presidential candidate -- and then her brilliant behind-the-scenes campaign to land the all-important VP spot on Joe Biden's ticket.

Along the way, Morain reveals what Harris does when no one is looking: falling in love later in life, becoming a stepmother, and caring for little-known members of her longtime and informal political family, who always knew that "Kamals' Way" would land her on top.