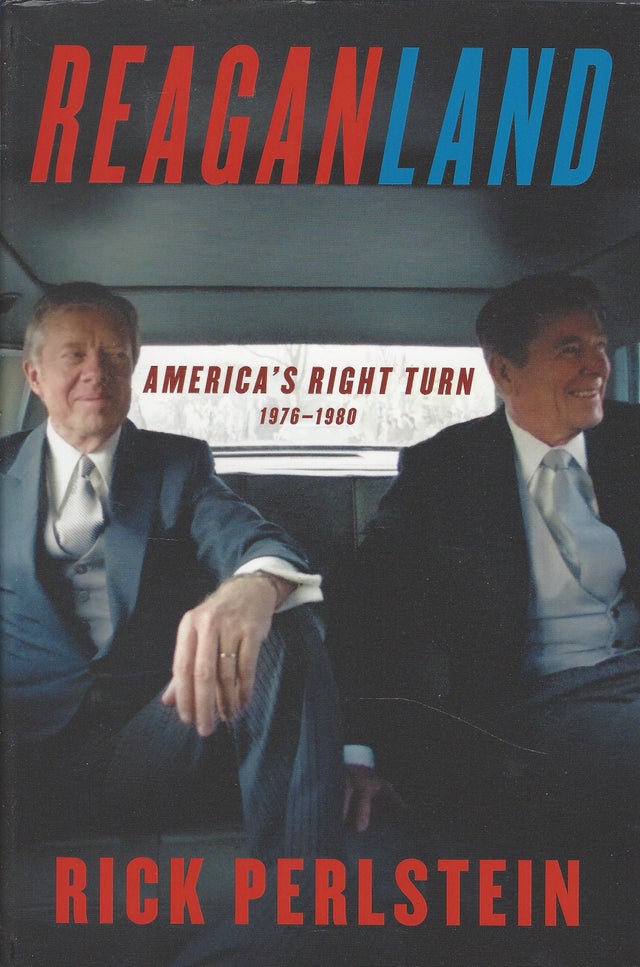 Over two decades, Rick Perlstein has published three definitive works about the emerging dominance of conservatism in modern American politics. With the saga's final installment, he has delivered yet another stunning literary and historical achievement.

In late 1976, Ronald Reagan was dismissed as a man without a political future: defeated in his nomination bid against a sitting president of his own party, blamed for President Gerald Ford's defeat, too old to make another run. His comeback was fueled by an extraordinary confluence: fundamentalist preachers and former segregationists reinventing themselves as militant crusaders against gay rights and feminism; business executives uniting against regulation in an era of economic decline; a cadre of secretive "New Right" organizers deploying state-of-the-art technology and bending political norms to the breaking point; and Reagan's own unbending optimism, his ability to convey an unshakable confidence in America as the world's "shining city on a hill."

Meanwhile, a civil war broke out in the Democratic Party. When President Jimmy Carter called Americans to a new ethic of austerity, Senator Ted Kennedy reacted with horror, challenging him for reelection. Carter's Oval Office tenure was further imperiled by the Iranian hostage crisis, the Soviet invasion of Afghanistan, new-catastrophe at a Pennsylvania nuclear plant, aviation accidents, serial killers on the loose, and endless gas lines.

Backed by a re-energized conservative Republican base, Reagan ran on the campaign slogan "Let's Make America Great Again" -- and prevailed. Reaganland is the story of how that happened, tracing conservatives' cutthroat strategies to gain power and explaining why they endure four decades later.