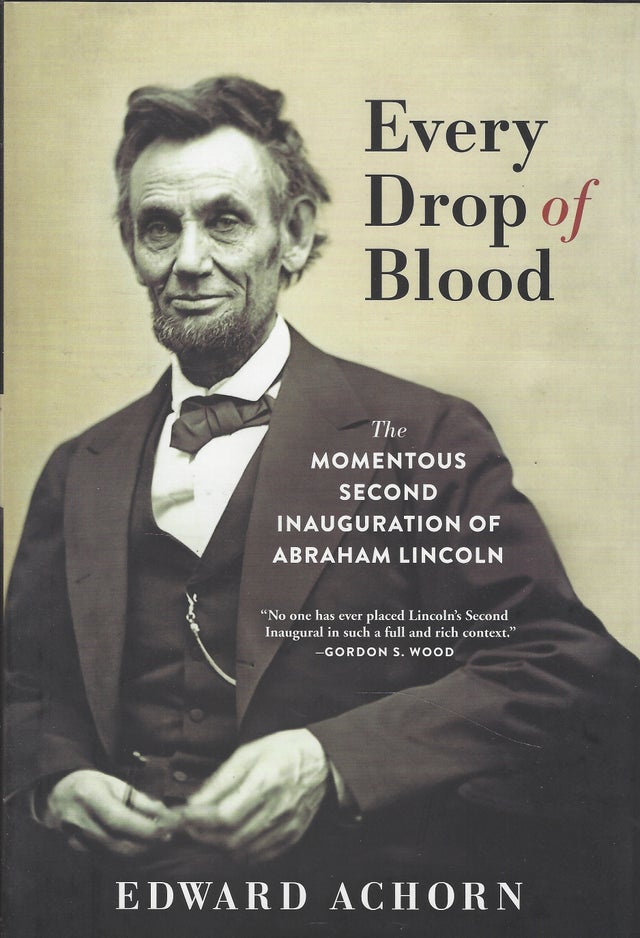 By March 4, 1865, the Civil War had slaughtered more than 700,000 Americans and left intractable wounds on the nation. That day, after hours of drenching rain, tens of thousands crowded Washington's Capitol grounds to see Abraham Lincoln take the oath for a second term as president.

In Every Drop of Blood, Edward Achorn captures this watershed moment in our history, painting an indelible portrait of the nation's capital in the weeks leading up to that momentous day -- with its mud, sewage, saloons, and resplendent new Capitol dome, its spies and Southern sympathizers, wounded soldiers, reporters, prostitutes, social-climbing spouses, and power-hungry politicians -- as a microcosm of all the opposing forces that had driven the country apart. Achorn weaves together stories of characters famous and unknown, all swirling in some way around the complex figure of Lincoln: such as Union colonel Selden Connor, grievously wounded in a Washington hospital; the embarrassingly drunk new vice president, Andrew Johnson; poet-journalist Walt Whitman; photographer Alexander Gardner, who took the last formal portrait of the president; soldiers' advocate Clara Barton; African American leader Frederick Douglass; Commissioner of Public Buildings Benjamin French, who coordinated the inaugural; and brooding actor John Wilkes Booth.

Just as Lincoln rose to speak in the afternoon of March 4, the sun emerged. In perhaps the greatest inaugural address in American history, he stunned the nation by arguing, in a brief 701 words, that both sides had been wrong, and that the war's unimaginable horrors -- every drop of blood spilled -- might well have been God's just verdict on the national sin of slavery.

None of those present that day could know the tragedy that would soon unfold with Lincoln's assassination six weeks later. By chronicling the human drama and frenzy in Washington at this historic crossroads in America's history, Achorn underscores the hope and despair throughout the country as a whole. His story offers a new understanding of our great national crisis and echoes down the decades to resonate in our own time.