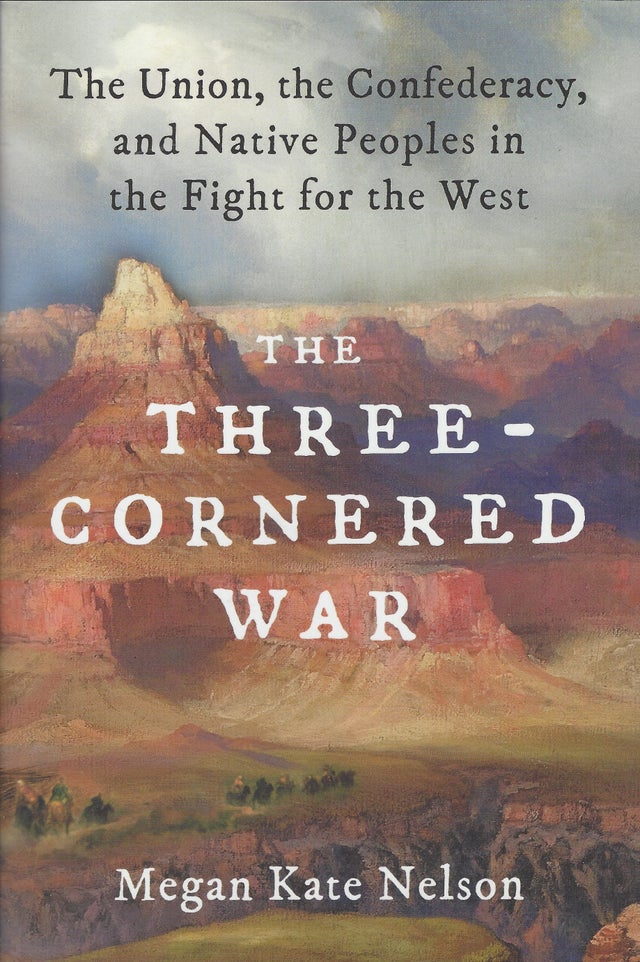 In The Three Cornered-War, Megan Kate Nelson reveals the fascinating history of the Civil War in the American West. Exploring the connections among the Civil War, the Indian Wars, and western expansion, Nelson reframes the era as one of national conflict -- involving not just the North and South, but also the west.

Against the backdrop of a larger series of battles, Nelson introduces nine individuals: John Baylor, a Texas legislator who established the Confederate Territory of Arizona; Louisa Canby, a Union Army wife who nursed Confederate soldiers back to health in Santa Fe; James Carleton, a soldier who engineered campaigns against Navajos and Apaches; Kit Carson, a famous frontiersman who led a regiment of volunteers against Texans, Navajos, Kiowas, and Comanches; Juanita, a Navajo weaver who resisted Union campaigns against her people; Bill Davidson, a soldier who fought in the Confederacy's major battles in New Mexico; Alonzo Ickis, an Iowa-born gold miner who fought on the side of the Union; John Clark, a friend of Abraham Lincoln's who embraced the Republican vision for the West as New Mexico's surveyor-general; and Magnas Coloradas, a revered Chiricahua Apache chief who worked to expand Apache territory in Arizona.

Based on letters, diaries, military records, oral histories, photographs, and maps, this captivating history sheds light on an overlooked chapter of the American experience.